I Am Really Happy With That One 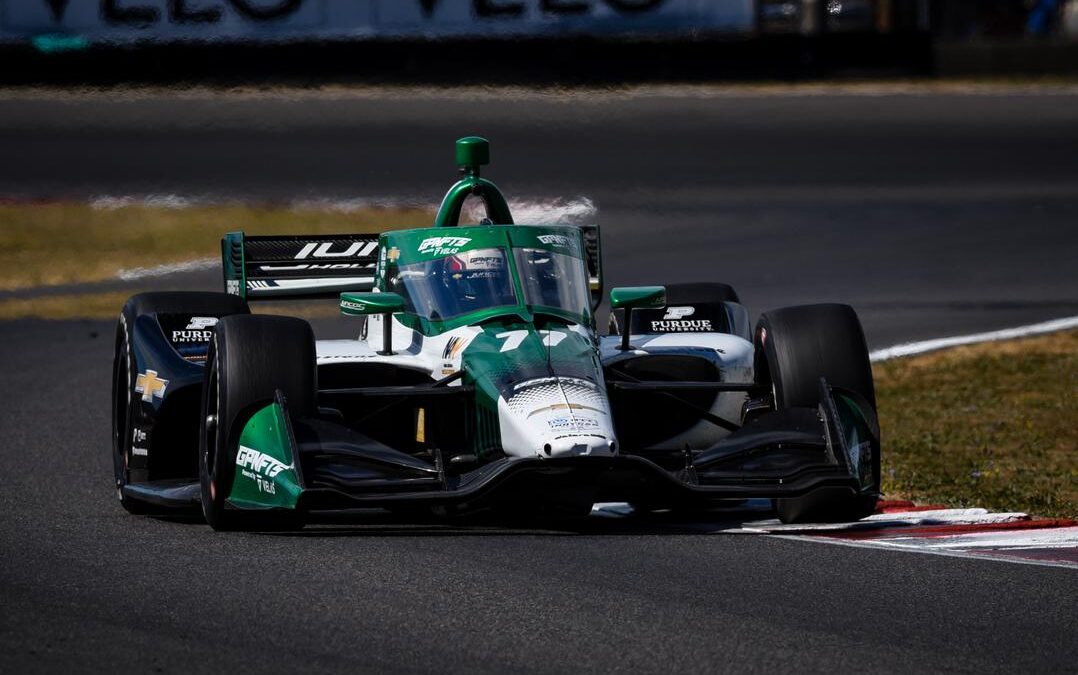 Callum Ilott in the No.77 JHR Chevrolet showed how far the team has come this season after the Englishman scored a top-ten finish in Sunday’s Grand Prix of Portland at Portland International Raceway, the penultimate race of the 2022 NTT IndyCar Series season.

Starting from row seven, Ilott was about to make up seven spots through the opening 17 laps.

The Englishman went off strategy from the leading pack and as a result came home in ninth place and speaking following the action he said:

I’m really happy with that one. “I think we maximized everything we could on the strategy that we had and ended up P9. Great race, no mistakes. It was a good car. Big thanks to the team. All of the guys were working hard this weekend to get it a bit better after qualifying. Pretty good race and I’m happy with that one. Moving on to Laguna next week where hopefully we can carry this momentum.”

We have a lot to be proud of today from where we started to where we finished in the No.77 JHR Chevrolet. “This was the first track this season that Callum has run before, and the team had a good baseline to start with. We showed the speed from the beginning, but unfortunately the tire grip was going away from us and just a tenth on corner seven made the difference that put us from p4 to p7. That’s the beauty of the NTT INDYCAR SERIES as well, as we started from 14th and knew we had the pace to fight for the race, but it was hard with only one caution during the entire race. This was our best performance as a team during this whole championship. Callum did an excellent job. The engineers and all of the mechanics were absolutely perfect during the pit stops. This is the continuation of what we are trying to do and build a top NTT INDYCAR SERIES team at Juncos Hollinger Racing. We are looking forward to Laguna Seca next week and carrying this motivation as a team into the final race this season. I want to thank once again all the crew, the families of our crew, and the sponsors for their support.”

Next up for the team is the 2022 NTT IndyCar Series season ending Firestone Grand Prix of Monterey at WeatherTech Raceway Laguna Seca which takes place this weekend.