I Am Super Proud Of The Team 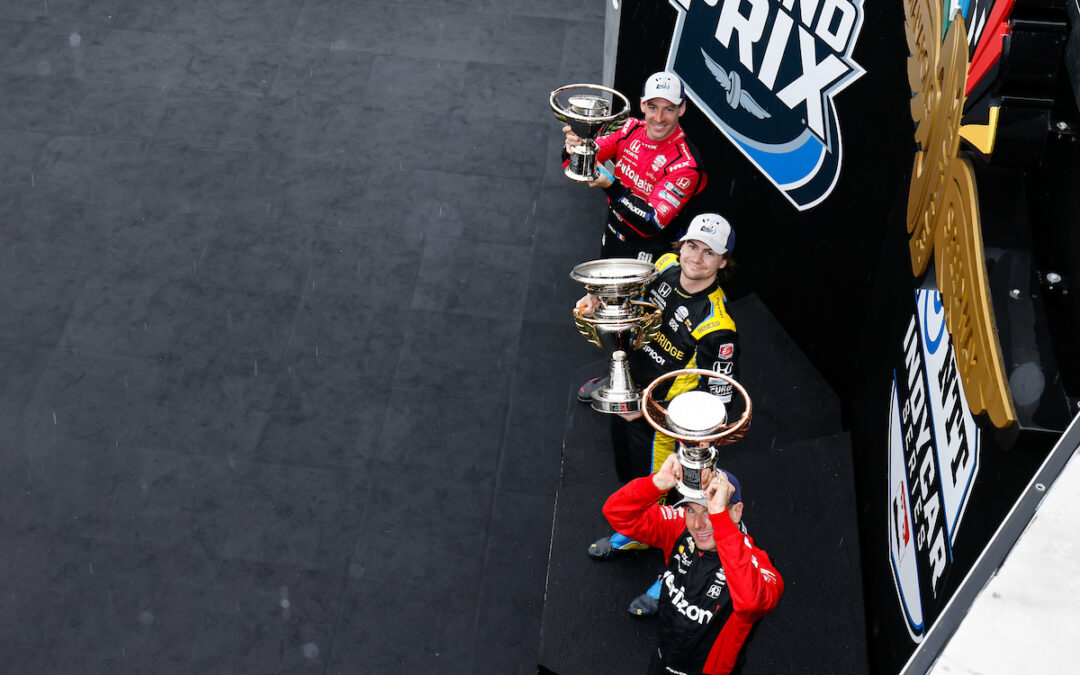 Meyer Shank Racing’s Simon Pagenaud in the No.60 Sirius XM Honda started Sunday’s GMR Grand Prix of Indianapolis on the Indianapolis Motor Speedway road course from 20th place and came through chaotic weather conditions to finish the race on the podium in second place behind race winner Colton Herta.

“I’m super proud of the team, it was a very tricky race. It was probably one of the trickiest races I’ve ever driven in. We had to make the right decisions on the tires with the rain at the beginning of the race and then switching to the slicks and then back to the rain tires. I had amazing discussions with my strategist, Mike Shank. It’s so rewarding when it’s so difficult. I wish I could have gotten first, but I just couldn’t see at the end behind Colton (Herta). Thank you Meyer Shank Racing, AutoNation, SiriusXM, Arctic Wolf and Honda for an amazing race today.”

Helio Castroneves started the race from P19 and came through the field to finish the event in 14th place and speaking following the race he commented saying:

“What a day we had today. We started from the back in the 06 and it was an adventure to stay out of trouble the entire race. When the rain came in we were about top eight, we had great pace and we were keeping it clean. Unfortunately the rain was so bad and for me, the vent of the car was blowing so much water that my visor was getting so wet – I had no vision. On every restart I was very worried that I was going to hit someone, or someone was going to hit me. It was a great day for the team with the 60 car which finished second, congrats Simon. Now we look forward to the 500 which is going to be the big one.”