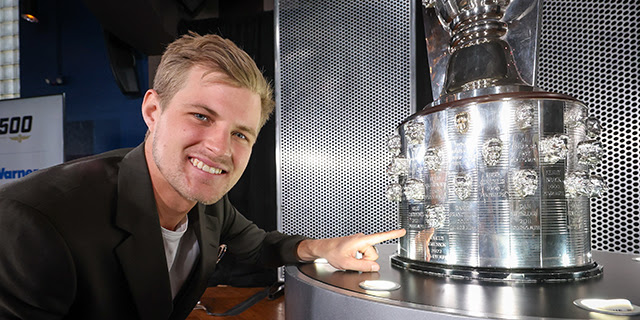 Chip Ganassi Racing’s Marcus Ericsson driver of the No.8 Huski Chocolate Honda in the NTT IndyCar Series says he is truly honored to have his face sculpted on the Borg Warner trophy after winning the 106th running of the Indianapolis 500 presented by Gainbridge in May.

The Swede becomes the 109th face to be affixed to the trophy since its inception in 1936. Ericsson is the second Swedish driver to appear on the trophy after Kenny Brack won ‘The Greatest Spectacle In Racing’ in 1999 with AJ Foyt Racing.

Speaking at the unveiling, Ericsson said:

“I’m truly honored to have my face sculpted onto the historic Borg-Warner Trophy as an Indianapolis 500 winner. “It was an incredible experience to work with Will Behrends and see his dedication and artistry firsthand. Will has done a marvelous job. Today is a very special day for me, as well as everyone at Chip Ganassi Racing. Joining all the previous winners on the trophy is something I’ll always be very proud of and will never forget.”

Renowned sculptor Will Behrends created Ericsson’s image, as he has for every winner since 1990. The unveiling ceremony took place at Union 50 in downtown Indianapolis.

“Marcus is a great champion of the ‘500’ who truly understands and appreciates the many traditions of ‘The Greatest Spectacle in Racing,’ such as today’s memorable ceremony. “We are looking forward to continuing to celebrate his victory between now and when we see him on track next May for the 107th running of this iconic race.”

Originally designed in 1935, the sterling silver trophy measures over 5 feet, 4-3/4 inches tall and weighs more than 110 pounds as it carries the sculpted face of every victor since 1911. Following the unveiling in Indianapolis, the trophy will travel to Ericsson’s home country of Sweden to celebrate his victory on the racetrack.

Early next year, Ericsson will receive his BorgWarner Championships Driver’s Trophy, also known as the Baby Borg, a miniature replica of the large-scale Borg-Warner Trophy.

“The Borg-Warner Trophy represents much more than just a victory on the racetrack; it symbolizes the great tradition of the Indy 500 and honoring the driver for their triumph while paying homage to the champions of the past. “It is our honor to add Marcus’ image to the trophy and, together as a company, congratulate him on his countless hours of work and dedication to his craft.” 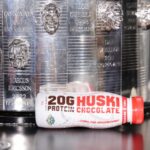 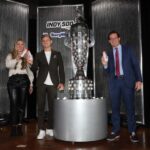 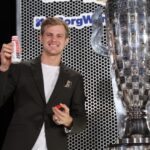 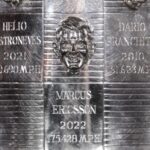 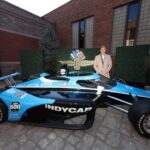 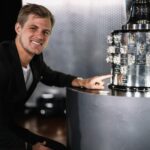 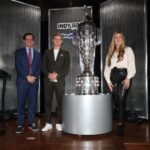 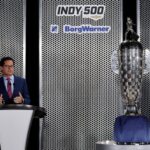