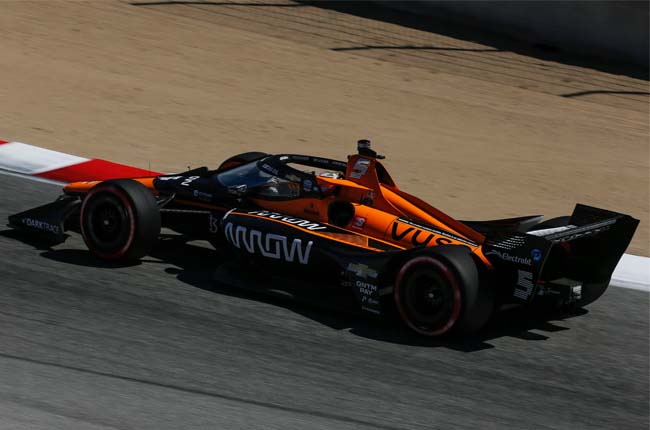 Arrow McLaren SP’s Pato O’Ward, driver of the No.5 Arrow McLaren SP Chevrolet says that the Acura Grand Prix of Long Beach this weekend is the perfect venue to end the 2021 NTT IndyCar Series season. The Mexican heads into the weekend in second place in the driver’s standings, 35 points behind championship leader Alex Palou of Chip Ganassi Racing.

Speaking ahead of the race this weekend, the Mexican commented saying:

“I am excited to see all the Mexican flags around Long Beach. I can’t think of a better place to end the season. We have a shot at winning the title and we will for sure be giving it everything! I want to thank the entire Arrow McLaren SP team for all the hard work they have put in all season long to put us in position to compete for the title in the last race. That was our goal and here we are.”

While Pato O’Ward has had a strong season, in contrast, Felix Rosenqvist has endured a difficult season and speaking ahead of this weekend’s race he said:

“Personally, I’m kind of happy to be putting this season behind us as it’s been a rough one. It’s still been fun. It’s been a good year in many ways, but really disappointing result. In Long Beach there’s one goal, try to win the race. That would make for a happy ending for this year. My teammate Pato is trying to win the title and hopefully as a team we will be in position to do so. We’re looking forward to closing the year with a high.”

We’re at the final event of the year, the Long Beach Grand Prix, certainly an iconic event on the NTT INDYCAR Series schedule. What a pleasure it is to be able to close out the season here. What a great year it’s been, certainly for Pato and the No. 5 Arrow McLaren SP Chevrolet competing at the front of the grid all year long. The boys and girls at the shop have done a fantastic job all year of making sure the preparation was where it needed to be and that we were putting ourselves in position. I’m very proud of that and excited to get there this weekend and still have a shot at the championship. Hopefully we can close this thing out the right way.

For Felix and the No. 7 Vuse Arrow McLaren SP Chevrolet team, this has certainly been a trying season but I’m proud of the work they have put in. We have made some real progress on that side and I think Felix could really excel this weekend in Long Beach. It would be great for him to end the season with some momentum going into 2022