I Dropped A Tear Because I Know His Passion 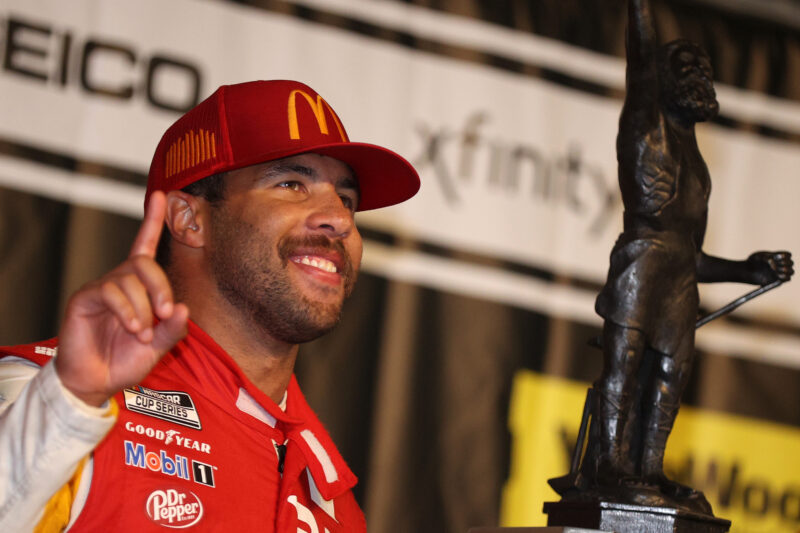 NBC legend and Monster Energy NASCAR Cup Series team co-owner Michael Jordan admits he shed a tear after seeing his driver Bubba Wallace claim his maiden Cup victory at Talledega on Monday following a rain delay which led to the race been suspended to Monday.

Speaking during an interview with NBC Sports which airs tonight, Jordan who co-owns 23XI Racing with Denny Hamlin said:

“I dropped a tear because I know his passion and I know Denny had to feel the same way. It’s like your little brother actually winning a race.”

Denny Hamlin commented on Wallace’s win and his first as a team owner saying:

I started getting emotional when I saw the emotion that they had.”