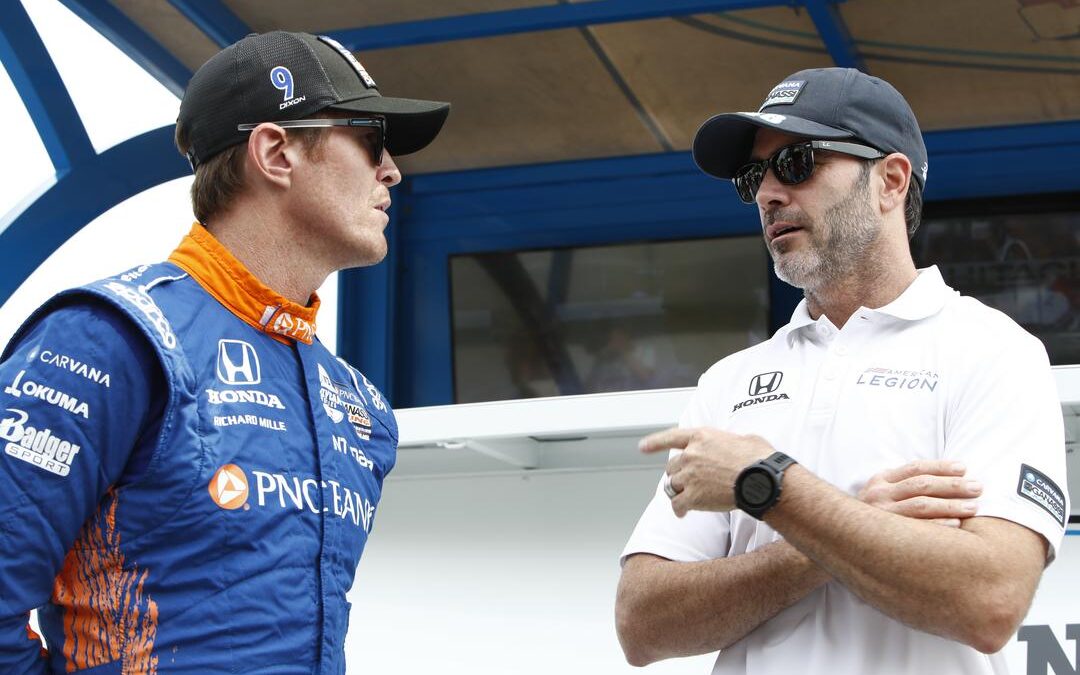 Chip Ganassi Racing’s Jimmie Johnson, driver of the No.48 Carvana American Legion Honda says that he feels like he has more confidence heading to Texas Motor Speedway for the XPEL 375 next weekend following the positive test he had here last season when he made the decision to compete in the NTT IndyCar Series full-time having made the transition from the Monster Energy NASCAR Cup Series.

The seven-time Cup Series champion feels that he has made progress in terms of his development as an NTT IndyCar Series driver compared to where he was last season and his result in the season-opening Firestone Grand Prix presented by RP Funding is prove of this. Johnson finished the race in St Pete in 23rd place however, it has given him something to build on for the rest of the season. The Californian has an impressive record at Texas Motor Speedway having won here in NASCAR seven times.

Johnson is under no illusions however, and speaking to Paddock Eye during the Firestone Grand Prix presented by RP Funding last month he said that he is hopeful that he can challenge for a place in the top-15 or even the top ten at Texas Motor Speedway.

Johnson joined his Chip Ganassi Racing team-mate’s at Texas Motor Speedway on Monday for a test, however due to cold weather at the circuit the test did not go ahead. Six-time NTT IndyCar Series champion Scott Dixon, driver of the No.9 PNC Bank Honda says that while it is still a steep learning curve for Johnson, he expects his team-mate to do well at Texas Motor Speedway as it is a more natural circuit for him given his success here in the past.