I Think We Got A Little Too Loose 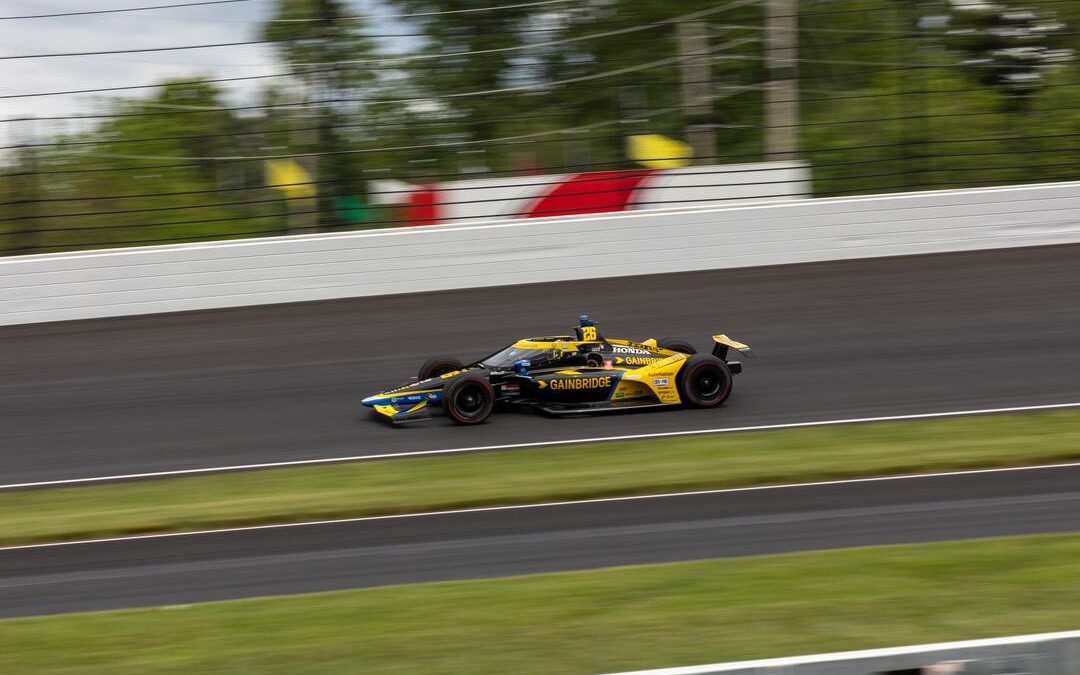 Andretti Autosport’s Colton Herta in the No.26 Gainbridge Honda says that he got a little too loose after his car flipped during Carb Day on Friday at the Indianapolis Motor Speedway and landed upside down.

The IndyCar AMR Safety team were on the scene within eight seconds of the crash.

I think we were a little too loose. Unfortunately, the car slid in the rear. I tried to save it but it just kept going and slapped the wall and then got air underneath. It looked a lot worse than it felt but I’m fine. I’m not shaken or stirred; I’m ready to get back out there.”

Alexander Rossi in the No.27 NAPA Auto Parts AutoNation Honda said that it was a challenging day on Friday and speaking following the action he said:

Carb Day is always a very challenging practice. I don’t think in six years I’ve had a straightforward one. The conditions always seem to be different than what is going to come on race day. We got a lot of good pit stop practice in and we were able to take a few final test items off the list. I think ultimately, we’re going to carry on with the same car we’ve had all month and been happy with and we’ll carry forward with the plan we have to get to the front at the end of 500-miles.”

Romain Grosjean in the No.28 DHL Honda was 27th and speaking following the action he said:

This morning was good. We had a decent car for the conditions this morning. We changed something at the end of the session and the car got better. We learned quite a bit this morning and we keep going. The crowd is great, it’s hard to move on pit lane. There’s no track I’ve been to as big as Indianapolis. Come Sunday will be another story. I Like people, I can’t wait to feed off their energy.”

Devlin DeFrancesco was 30th and speaking following the action he said:

I’m happy we’ve made it here. We don’t have any issues, there’s nothing the boys have to rebuild. I’m happy with the job the crew guys have done. Our pit stops seem to be quite strong as well. Today was a messy session. I think we need to find a bit more balance and speed going into the race. I think it’s going to be a long race. It’s going to be about executing well and not making mistakes. I think that’s going to be the name of the game for the race.”

Marco Andretti was 9th and speaking following the action he said:

“We are the car to beat. I haven’t had a race car like this in seven to 10 years here. I think the guys have done a great job getting the balance of the car just right. It’s a long race. I will have to be patient but it’s always a race of attrition. I think if hit our marks we’ll find ourselves in the right position to go for the win.”