I Though We Had Potential 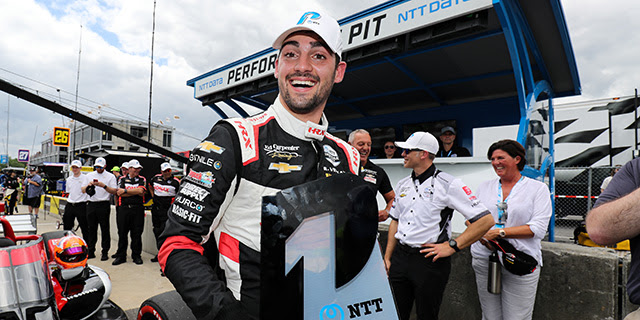 Ed Carpenter Racing’s Rinus VeeKay secured his second career NTT P1 Award for Sunday’s Honda Indy Grand Prix of Alabama at Barber Motorsports Park on Saturday after he set a fastest time of 01:06.2507s at a speed of 124.980MPH.

I thought we had potential. “It was a chaotic session. We knew we were in a good position, but to actually put it on pole was an accomplishment. I think the whole team maximized everything. We made the right decisions with tires, setup, everything.

“Confidence is high. I think from here we can have a great race and fight for the win, definitely.

Speaking to Paddock Eye following the action VeeKay said that the result on Saturday gives the team a lot of good momentum going into Sunday’s race and the Month of May given that it is the first road course race of the season.

Going into the Indy GP it is basically the same set up so it gives me a lot of confidence for the race in May and for the rest of the season too.