I Truly Don’t Think I’ve Ever Been Through Anything Like That! 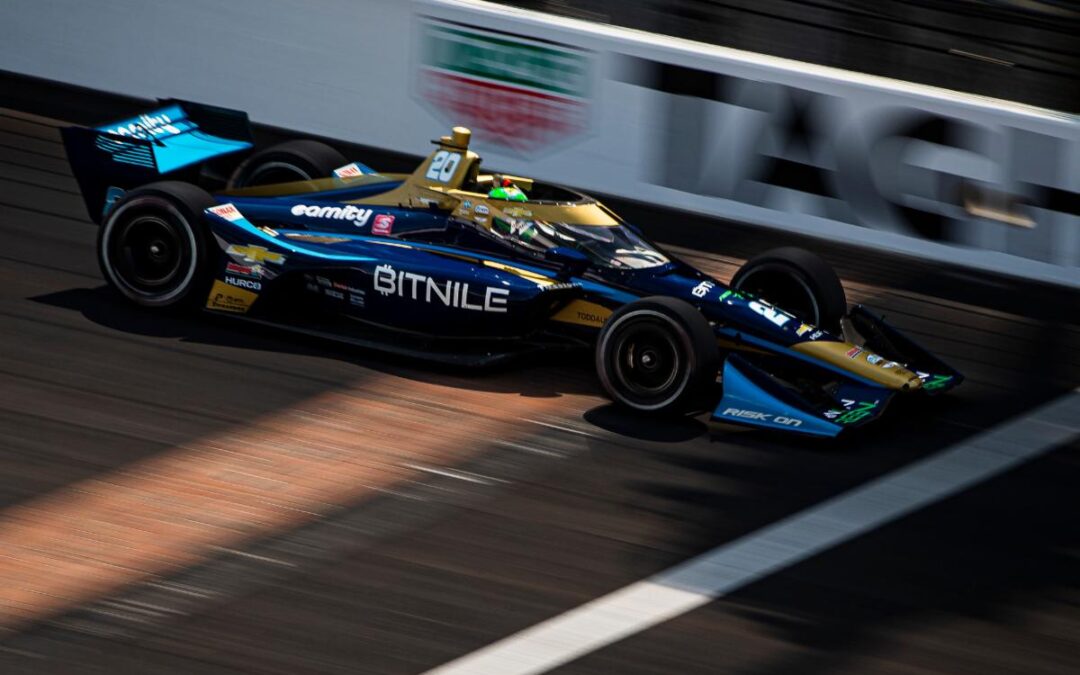 Ed Carpenter Racing’s Conor Daly in the No.20 Bitnile Chevrolet says he doesn’t think he has ever experienced anything like the conditions he had at the Indianapolis Motor Speedway road course in the GMR Grand Prix of Indianapolis on Saturday.

Daly started the race from fourth place and came through the rain to finish the race in fifth place and speaking following the action he said:

I truly don’t think I’ve ever been through anything like that! It was raining, then it was sunny, then it was raining again and then you couldn’t see anything! Once we got off the wet tires at the start and onto the reds, we lost so much grip. It felt like something got on the tire, it was like they had gone off immediately. As soon as we put on the next set of reds, we were flying again. I didn’t forget how to drive in the first stint and remember in the second, it was so weird! I really wanted a trophy from here, but this is a great way to start the month. We wanted to rebound here, we knew we had a fast car, had a great qualifying, we executed all weekend, which is exactly what we wanted.

The closing laps of the race were marred with cautions as intermittent rain moved through the area. On Lap 59, the No. 20 BitNile Chevrolet crew switched Daly to another set of red Firehawks.

Conditions quickly deteriorated and two laps later, he came back in for wet tires. Daly managed the conditions and continued to move forward. By the checkered flag of what became a timed race, Daly finished 5th, his best finish with Ed Carpenter Racing to date.

Rinus VeeKay in the No.21 Building Tomorrow Chevrolet started the race from 15th and came home in 23rd due to contact with another competitor and speaking following the action he said:

Not the result we needed! The start was the first time ever in the rain with an Indy car for me, second ever car race in the rain. It started out pretty well, we got a few spots at the start. Then we had a great pit stop and got a few more people. On the slicks, it was pretty good and I was very happy. Then people got to shoving each other a lot, into the grass, which I was a victim of a few times. One time I got all the way off and got hit, which broke the undertray of my car. We basically finished the race just to finish and get what points we could. It was a bummer, I think we could have really challenged, every call we made on the radio was the right call. I think we could have really powered to the front, but, on to the next one!