I Would Say Today Went Better Than Expected 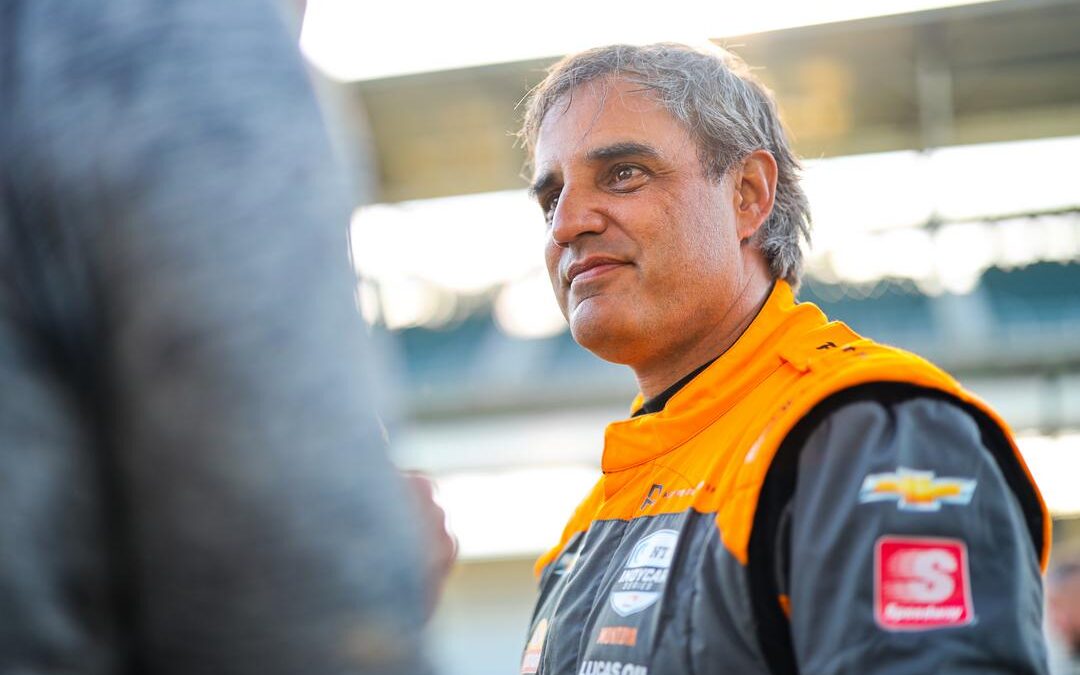 Arrow McLaren SP’s Juan Pablo Montoya in the No.6 Lucas Oil Mission Foods Arrow McLaren SP Chevrolet says that today went better than expected as he returned to competitive NTT IndyCar Series action at the Indianapolis Motor Speedway for the first time in a year.

The Colombian will start Saturday’s 85 lap GMR Grand Prix of Indianapolis on the IMS road course from 23rd on the grid following a time of 01:10.7610s and speaking following the action he said:

I would say today went better than expected. I’m happier with the car, more comfortable working with the engineers and the entire group for the Indianapolis 500. I’m really happy with the group on the No. 6 Arrow McLaren SP Chevrolet.

“It’s really hard, having only gotten one lap on reds in practice and one lap on reds in qualifying. I felt like I was doing well in the braking zones and had one good run on blacks in practice but it was different on the reds in qualifying. I just didn’t push the braking zones as much as I could and threw away some time. You always want to run well but realistically, with no testing, you don’t get many timed laps before qualifying. Big picture, we are doing what we need to do and I’m pretty happy.”

Felix Rosenqvist in the No.7 Vuse Arrow McLaren SP Chevrolet starts the race from sixth on the grid and speaking following the action he said:

“It’s a good qualifying streak for the No. 7 Vuse Arrow McLaren SP Chevrolet. It’s always frustrating when your last lap isn’t good, I screwed it up in the last corner. It felt like we were really good on the new tires but we took a lot of life out of them. I think we had a little bit more today but it was another solid qualifying, which is what we need. It will be fun.”

Pato O’Ward in the No.5 Arrow McLaren SP Chevrolet starts the race from fifth place and speaking following the action he said:

“We had a very good day today. We didn’t quite get it done in the Firestone Fast Six. We were as quick as anybody on fresh reds but we missed it a little bit on used reds. I think we could have been a bit faster but in the end, we didn’t have enough for pole. I’m happy that we are starting toward the front, that’s important in IndyCar. I’m also happy to have Felix up there with me. We are going to look to have a good race tomorrow.””

“Today was a good day. Any time we can get two cars in the Firestone Fast Six, it’s an accomplishment. It’s a bit disappointing, because I thought we had pole pace in both cars. Nonetheless, it’s been a great day, with Juan Pablo also making good progress. Everyone at Arrow McLaren SP did a great job on a tough day, with two practice sessions and qualifying to get in. It’s also the warmest ambient track temperature we’ve had all year. Everybody is doing a really good job and we’ve put ourselves in a good position to capitalize tomorrow.”