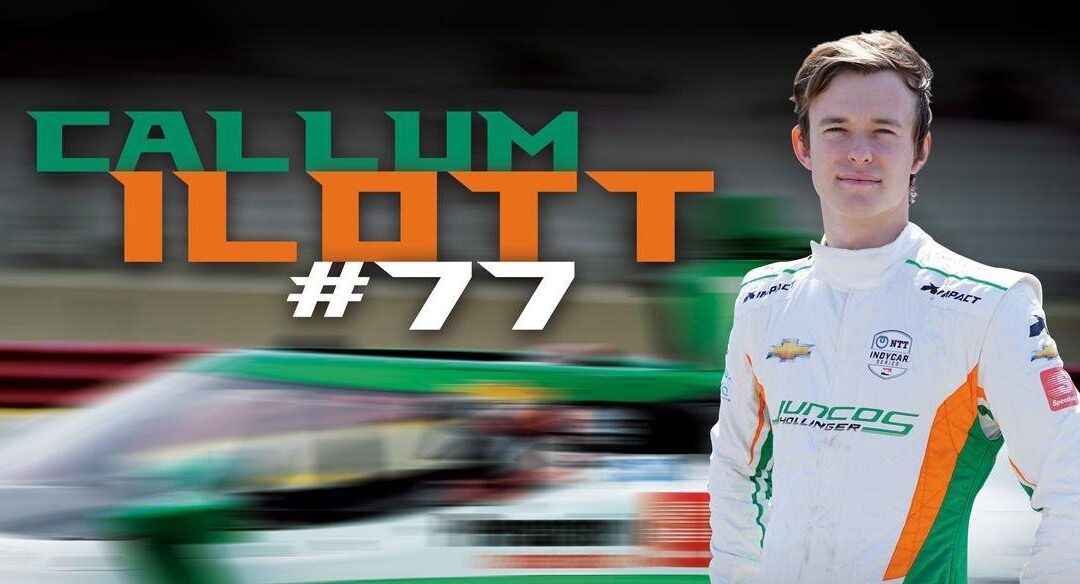 British racing driver Callum Ilott who made his NTT IndyCar Series race debut with Juncos Hollinger Racing three weeks ago has committed to the NTT IndyCar Series full-time in 2022 with the team that will include making his Indianapolis 500 debut in the 106th running of the Indianapolis 500 presented by Gainbridge which takes place on May 29, 2022.

“Coming into the final weekend of our three-race run on the west coast, it’s great to announce that I will be continuing next year with Juncos Hollinger Racing for the 2022 NTT INDYCAR SERIES season. “Obviously we have had a steep learning curve here the last few races to try to put everything together. We have had some real positives and know the things we need to work on. Knowing what Ricardo Juncos and Brad Hollinger have in place for next season and especially over the winter of what we can do in testing, I definitely feel we can put ourselves in a great position to start off the 2022 season strong. I look forward to continuing the work that we are doing and heading into the winter to start a new journey over here and I would like to thank the Ferrari Driver Academy for allowing me to take this opportunity.”

’ We are very excited to have Callum commit to us for the 2022 NTT INDYCAR SERIES season. Our goal was to secure a talented driver for the final three races of the 2021 season so that we would have a strong baseline going into a full run in the 2022 season. Therefore, we were quite happy to have a driver like Callum to work with these final three races. He proved he can perform during the past two races in a variety of areas. Callum has maturity beyond his age and has a very enthusiastic personality. We knew we had the driver we wanted for the 2022 campaign after his strong performance during the Laguna event, particularly during the later stages as his lap times were consistently equal to the ninth and 10th car paces. I am elated that Callum has chosen Juncos Hollinger Racing to continue his racing career. The continuity this gives us throughout the winter and into next season is invaluable in creating a cohesive winning team. I could not be more excited for the 2022 season and expect we will surprise people during the year with Callum.”