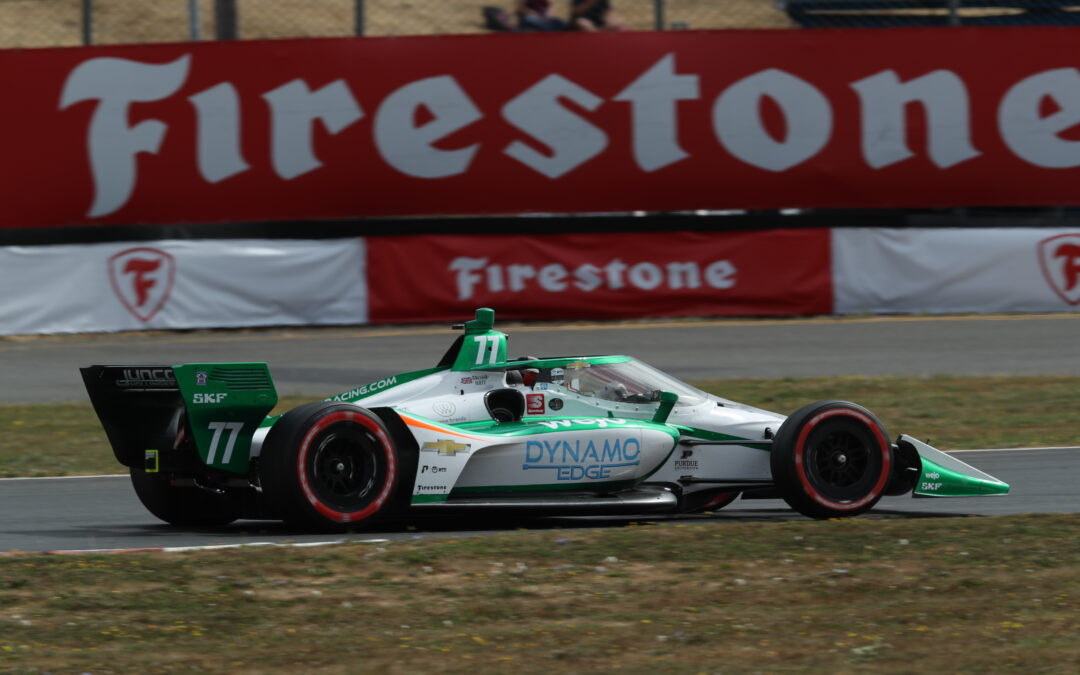 Ilott started the race from 19th and made great progress running well inside the top ten before the first round of pit-stops shuffled the field.

Sadly for the team an electrical issue put the brakes on their progress however great work from the team saw them get Ilott back on track and he used the rest of the race as a test session.

The Englishman who will see out the season with the team said:

Overall, it was an interesting race,” said Ilott. “I had a bit of contact during the start, but we were able to make it through. We were able to gain positions, eventually moving up to eighth while everyone was cycling through. Honestly, it was going well, we were in a really good position after the first pit stop. Unfortunately, though we had a little bit of an electrical issue, that we are not sure if it was due to the contact at the beginning, but those things happen. This put us at a stop on the track, so we were towed back to the tent. The team worked incredibly hard to get the car back and we were able to get back out but would be over 10 laps down. We were able to get back into a rhythm on track. After the last caution and having the damage we had from the first incident of the race, we decided to not interfere with the race and retired the car for the day. It was a positive first race, we were able to get some laps in and it was unfortunate to have the problems that we did, but that is how it goes. We will move on from here and be ready for Laguna. Thank you to everyone who came out today and those who watched. Thank you to Ricardo Juncos and Brad Hollinger for setting this all up!

These final three events in the NTT INDYCAR SERIES are all about preparation for the 2022 season. We have learned a lot as a team, and have continued to improve each time on track. Callum did an amazing job all weekend, giving the team valuable feedback and laying down some solid times against the rest of the field. We all only had one day on track before this weekend, so we knew we would have growing pains and issues to solve, but overall I am very pleased with the work put in by everyone on the team. It was very exciting to be back on track after two years away from the series. There has been so much support for our team since we first announced our return just over a month ago. We have had some great sponsors partner with us, so I would like to thank all of them for their confidence in the program we are building. I would to thank everyone in the NTT INDYCAR SERIES and Chevrolet for the incredible support and help that we have received in order to get us back on track. I would also like to thank the entire team for all of the long hours they have put in to get us here to Portland. Finally, I want to thank Brad Hollinger for all of his support and the friendship we have created, giving us this opportunity to be on track together. We had a great time on the timing stand together and look forward to being back on track next week in Laguna.”