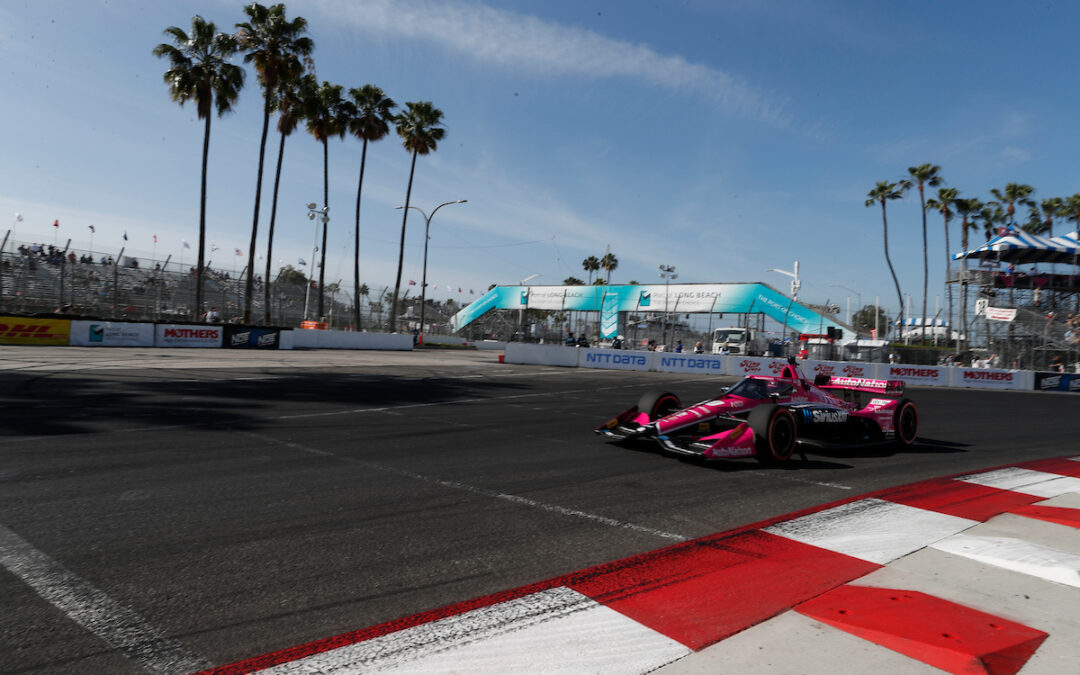 Meyer Shank Racing’s Simon Pagenaud in the No.60 AutoNation / Sirius XM Honda says he is extremely disappointed after he qualified in tenth place for Sunday’s Acura Grand Prix of Long Beach after setting a time of 01:06.0678s and speaking following the action he said:

“I’m extremely disappointed today because we had a car to put on the pole. “I felt so good all weekend but unfortunately in the beginning of Q2 I got interfered with McLoughlin and Ericsson, so I couldn’t even finish that lap. And we start the second lap at the hairpin, so my second lap was impaired also – I did the lap behind McLoughlin and I stayed in his gearbox, but it was not enough to transfer. It’s very disappointing when you know you have something for the pole. Now we are going to put that behind us and move forward and try and race through the field tomorrow.

Helio Castroneves in the No.06 AutoNation Honda will be looking to carve his way through the field from 14th place on the grid having started from P3 here last season and reflecting on his performance in qualifying he said:

The AutoNation / SiriusXM machine was actually very good. “I dropped the ball a tiny bit, I made a couple of mistakes on the second part of the circuit. I ended up pushing a little too hard and got into the marbles. I’m frustrated because not only do I love this place but I knew we had a fast car to be in front. It’s not where you start, but where you finish, so now we have to go for it tomorrow.