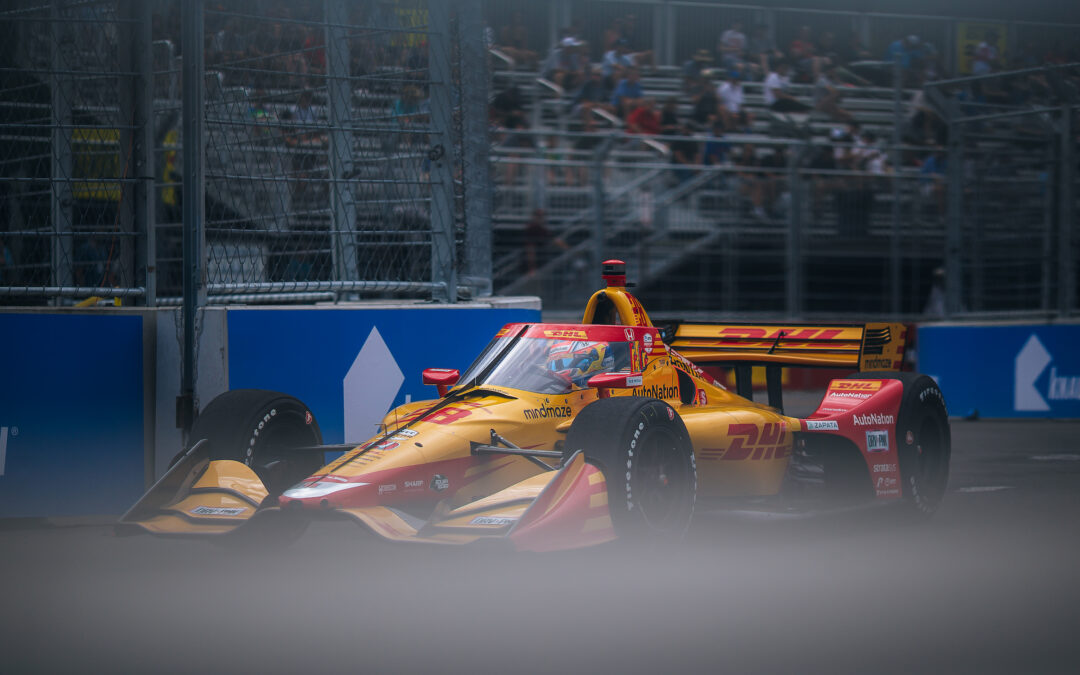 Andretti Autosport’s Romain Grosjean in the No.28 DHL Honda started Sunday’s Big Machine Music City Grand Prix on the streets of Nashville from the front row in second place and ran inside the top-ten all race long before he was forced to retire from the race following contact with Josef Newgarden with just four laps remaining.

I think it was a very positive weekend for us. We had really good pace in qualifying and into the race. At the beginning of the race, McLaughlin and I were flying on those green tires. I think we had one of the fastest laps of the race, so that was brilliant. Obviously, it turns out again, like last year, to be a bit of a lucky race for some guys that had incidents and ended up finishing high up. I’m really disappointed with Newgarden’s move that ended our race, but it is what it is. I think again, the positive is that we had a very fast car all weekend.”

Devlin DeFrancesco in the No.29 PowerTap Andretti Steinbrenner Honda also retired from the race and speaking following the action the Italian Canadian said:

It was another frustrating day. It feels like there has just been frustration after frustration. I had made up a few positions on the restarts so things were trending positive. Then the incident occurred and our day was over. Hopefully, we can regroup on the week off.”

Alexander Rossi in the No.27 NAPA Auto Parts AutoNation Honda came from 17th on the grid to finish the race in fourth having made 22 on-track passes over the course of the 80 lap race.

I mean this place is pretty wild. A huge thanks to the NAPA and AutoNation Andretti team. We were a lap down early and hung in there. We came back for a pretty good race. We had good pace for points in the race, we made a set of Firestone Primaries go 30 to 35 laps. After the issue in qualifying yesterday and then the issue at the start of the race, I mean this is as good as a win, so huge thank you to the team. We’ll take this one.”

Colton Herta in the No.26 Gainbridge Honda came from a lap down following a stop for repairs on lap 3 as a result of contact with Dalton Kellett.

Herta charged his way through the field to finish in P5 and speaking following the action he said:

really have to give it to the guys, they did a great job in the pits. In both of our pit stops we gained so many spots. I think on that second one we probably gained two or three spots that put us up into about eighth. We were able to battle and finish top five from there so congrats to them. The Gainbridge Honda was really fast today and I’m happy with how we came back, not only from starting at the back, but also being a lap down. That doesn’t happen too often, so I’m really happy.”