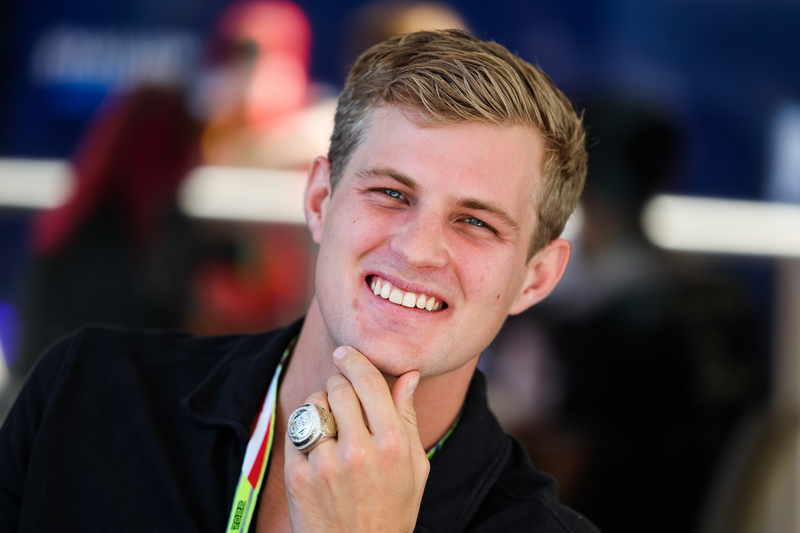 The Formula One circus rolled into Austin this weekend for the United States Grand Prix at the Circuit of the Americas and while all the talk around town is about what punishment Oracle Red Bull Racing will receive for their cost cap breach when the focus should be on what is happening on the track, well something great did happen on track on Friday.

Chip Ganassi Racing’s Alex Palou was behind the wheel of the McLaren MCL36 taking part in Free Practice one in place of Daniel Ricciardo, completing 21 laps of the grueling circuit.

NTT IndyCar Series President Jay Frye is in town this weekend as is the Mayor of HinchTown, James Hinchcliffe who has taken up a job with F1TV for the next three races starting in Austin this weekend.

A former Formula One driver in the form of 2022 Indianapolis 500 winner Marcus Ericsson was on hand to lend his support to his Chip Ganassi Racing teammate Alex Palou. Ericsson is a guest of his former Alfa Romeo Racing Formula One team this weekend and was spotted in the garage with Valtteri Bottas on Friday afternoon.

Ed Carpenter Racing’s Conor Daly is also in town this weekend and did a helmet swap with Alpine’s Fernando Alonso.

We were bus lot neighbors once. Appreciate the trade my friend @alo_oficial 🤝 #Indy500 @F1 @IndyCar pic.twitter.com/4Q4AxLyqxH

Arrow McLaren SP’s Pato O’Ward has also been on track at the Circuit of the Americas doing Formula One hot laps.