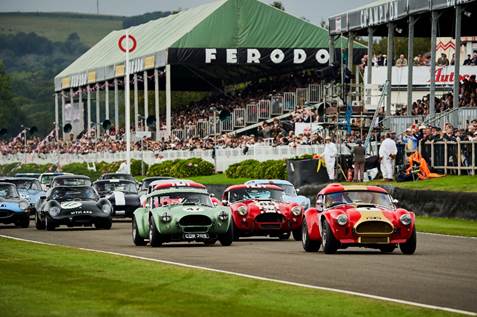 The Duke of Richmond commented saying:

It’s a privilege to be joined by some of the most renowned and successful IndyCar drivers at this year’s Revival. I am so delighted that Helio, Scott, Dario and Jimmie will be joining us this autumn and we are all looking forward to the incredible spectacle these legends of motorsport will bring to the event.”

The quad will be involved in this weekend’s 106th running of the Indianapolis 500 presented by Gainbridge with 2008 champion Scott Dixon on pole, Jimmie Johnson who makes his 500 debut starts P6 while defending champion Helio Castroneves in his drive for five rolls off 27th while Dario Franchitti is a driver advisor for Chip Ganassi Racing.