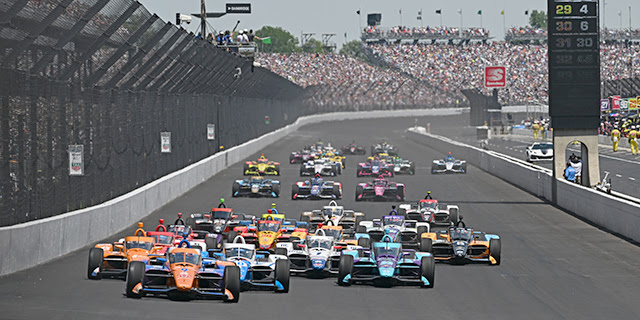 The NTT IndyCar Series is on an upward trajectory following an absolutely incredible 2022 season which resulted in Team Penske’s Will Power in the No.12 Verizon 5G Chevrolet scoring his second career championship.

For the 17th consecutive season, the championship went down to a final race day decider with Will Power winning the championship by 16 points from his team-mate Josef Newgarden while six-time series champion Scott Dixon came home in third place.

Over the course of the 17 races, there were nine different winners from four teams, Chip Ganassi Racing, Team Penske, Arrow McLaren SP, and Andretti Autosport.

There was an increased car count in 2022 with 25 cars on the grid in all races with the exception of the Indianapolis 500 where there were the traditional 33 cars in the field. Speaking about the 2022 season, Penske Entertainment President and CEO, Mark Miles said:

INDYCAR continues to build on its strengths as the fastest, most daring and exciting circuit racing in the world. “Working closely with our teams, manufacturers and sponsor partners, our long-term strategy for growth is succeeding at every level.

“The 2022 season was memorable on and off the track for the NTT INDYCAR SERIES and Indy Lights Presented by Cooper Tires, and we can’t wait to see this collaboration generate even more progress next year.”

Many teams increased their entries this season most notably, Juncos Hollinger Racing went from a part-time to a full-time NTT IndyCar Series program with Callum Ilott proving that a one-car team can punch above their weight. For the 2023 season, the Ricardo Juncos and Brad Hollinger-led team will run two cars full-time.

Arrow McLaren SP announced during the season that they will run three cars full-time next season with 2016 Indianapolis 500 winner Alexander Rossi joining the Chevrolet-powered team alongside Pato O’Ward and Felix Rosenqvist.

The NTT IndyCar Series returned to Toronto this season for the first time since 2019 which saw Chip Ganassi Racing’s Scott Dixon take victory in the race.

In May we had a first-time Indianapolis 500 winner with Chip Ganassi Racing’s Marcus Ericsson in the No.8 Huski Chocolate Honda who became the first Swede to win the Greatest Spectacle In Racing.