IndyCar Prepares For The West Coast Championship Run In 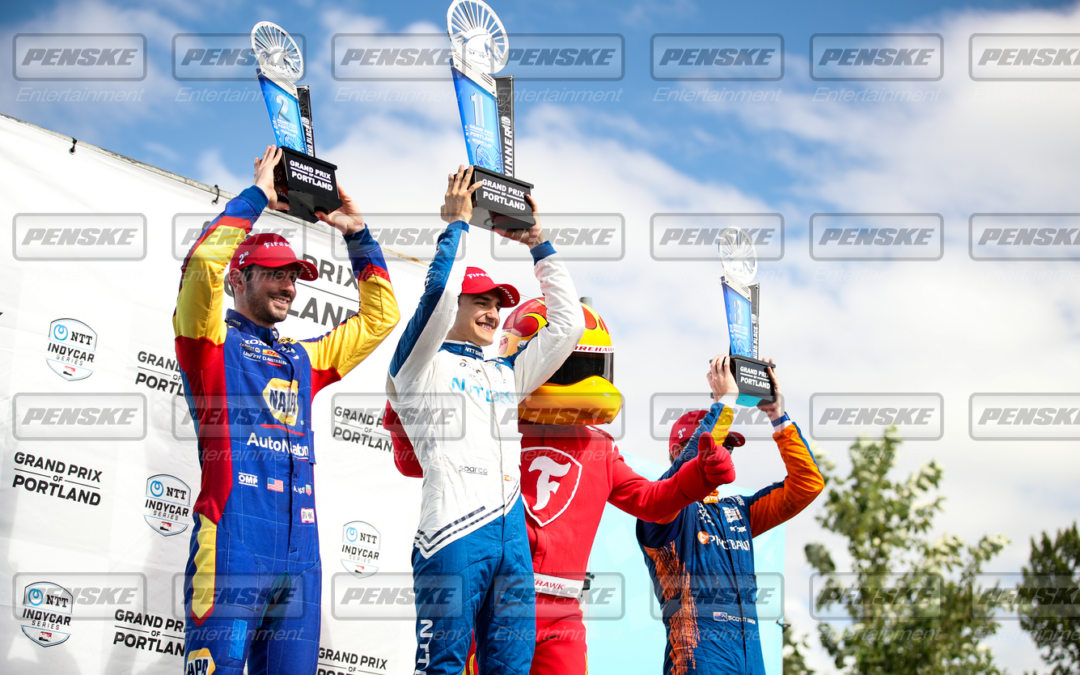 The 2022 NTT IndyCar Series season is fast approaching the final lap with just two races to go as the teams and drivers prepare for the West Coast run-in.

The Grand Prix of Portland is next weekend while the following weekend sees the series head to California for the Firestone Grand Prix of Monterey at WhetherTech Raceway Laguna Seca. The championship will go down to the final weekend as currently series points leader Will Power is not far enough ahead of Scott Dixon to be crowned champion.

Heading to the race in Portland there are seven drivers still mathematically in with a chance of being crowned IndyCar Series champion with a total of 108 points left on the table.

Team Penske’s Will Power is in the driver’s standings with a three-point lead over his team-mate Josef Newgarden while Chip Ganassi Racing’s Scott Dixon is 14 points behind Power in third place.

Josef Newgarden has more wins than anyone else this season with five while Will Power has one victory and Scott Dixon has two. Marcus Ericsson led the way during the mid-way part of the season thanks to his Indianapolis 500 victory while defending series champion Alex Palou is currently in fifth place but has yet to take victory so far in 2022.

Team Penske’s Scott McLaughlin is in sixth place in the championship and has two victories under his belt this season while Arrow McLaren SP’s Pato O’Ward has scored two victories so far in 2022.

Alexander Rossi who has two races remaining with Andretti Autosport before he moves over to Arrow McLaren SP for 2023 has a single victory while his team-mate Colton Herta also has one victory to his name this season.

Team Penske leads the Firestone Pit-stop performance standings with the No.3 crew of Scott McLaughlin on 480 points just ahead of his teammate Will Power while Chip Ganassi Racing’s Scott Dixon is in third place.

Several teams tested a Portland International Raceway this weekend with Will Power in the No.12 Verizon 5G Team Penske Chevrolet ending the test fastest which bodes well for the race next weekend. Chevrolet has been extremely strong this season however, you can never dis-count Honda who took a clean sweep of the podium here last season.

There may be two races remaining this season however, with a lead of 153 points over Honda Performance Development, Chevrolet has been crowned the 2022 NTT IndyCar Series manufacturers champions having claimed the title for the first time since 2017 such has been the dominance of HPD in recent years.

Chevrolet has a fantastic record in 2022 having won ten races so far this season and has two drivers leading the championship with Will Power and Josef Newgarden upfront.

As far as the Drivers championship is concerned it is still all to play for. You won’t want to miss the final two races of what has been an epic NTT IndyCar Series season and we are sure to have plenty of twists and turns before chequered flag falls in WeatherTech Raceway Laguna Seca in two weeks from today.