The Verizon IndyCar Series returns to the Watkins Glen International circuit in New York next week for the first time since 2010.

The series head to Texas this week however for some unfinished business with the resumption of the Firestone 600 at Texas Motor Speedway. Watkins Glen however is a permanent race track where some of the teams and drivers tested recently in preparation for the race which takes place over the Labor Day weekend.

Team Penske’s Will Power who took his fourth win of the season in Pocono on Monday will be hoping that he can repeat his victory here from 2010. The Australian saw his deficit to Simon Pagenaud in the championship shrink to just 20 points with three races remaining.

The teams were very impressed with the new track surface at Watkins Glen and should make for a great race.

The great news about this weekend’s race in Texas is that the weather on Saturday night will be perfect with Texas Motor Speedway tweeted on Tuesday evening: 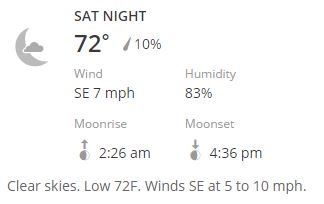 To everyone who’s concerned about the weather for the #Firestone600…