It Has Been A Phenomenal Year 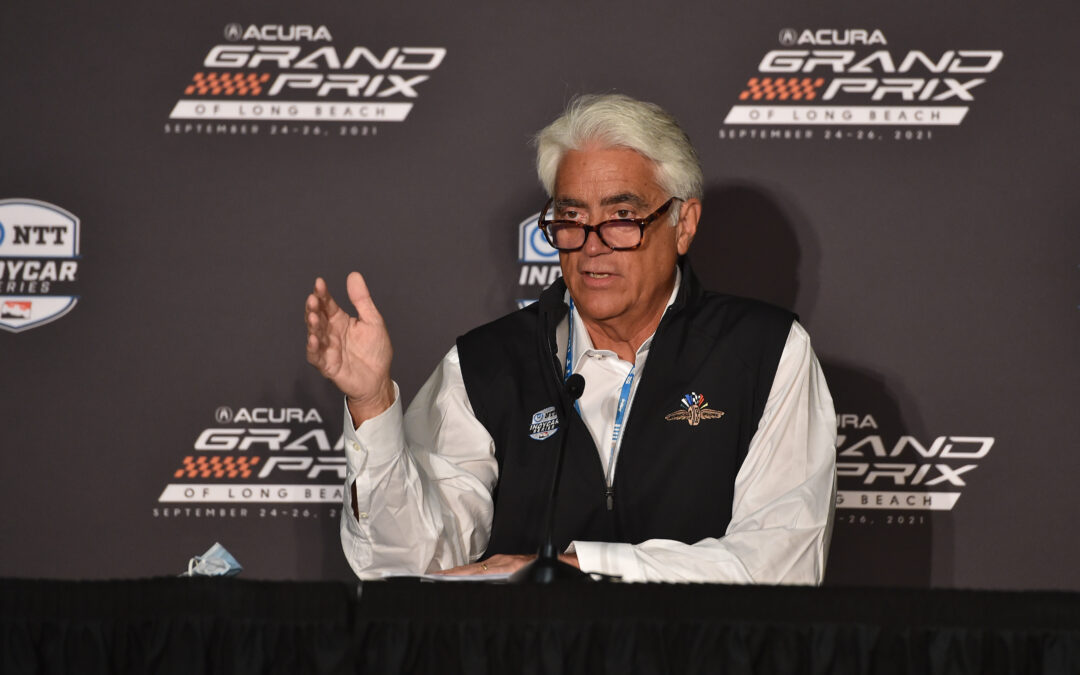 Penske Entertainment Corporation President and CEO Mark Miles says that it has been a phenomenal year for the NTT IndyCar Series. Speaking to Paddock Eye during a media conference call on Friday afternoon at the season-ending Acura Grand Prix of Long Beach, Miles said:

Well, again, I think the simplest way to think about it is value, right, so what is value? In my mind, value is cost benefit, ROI. If I’m a driver or a prospective team owner or a team owner looking at where to apply themselves, where to compete, I think INDYCAR has a lot to offer, some of which we’ve talked about. The cost of entry, the barriers to entry versus the ability to compete and make a real impact is a phenomenal selling point, and you can compare that to other top motorsport leagues, and I like exactly where we are. I think we have a very compelling proposition to people looking to compete here in the INDYCAR Series.

Q. From your own perspective what has been the highlight of the season so far?

Well, I guess being able to announce the NBC deal was one of them. That just locks in a level of growth that the sport deserves with a partner that we’ve had a phenomenal run with, and look forward to continuing that.

I’d also say Nashville. We all aspire for INDYCAR to be young, exciting, fun, a lot of the things that we are, but this was all sort of like on steroids. You know, and the television audiences were great. Racers found things about the racing that they didn’t like so much, but I thought it was a sensational success, and as I said, I have no doubt it’ll be even more so going forward.

Speaking about the addition of Scott McLaughlin, Jimmie Johnson and Romain Grosjean to the series, Miles said:

Amazing, just amazing. I mean, they were drivers who came here with really positive track records. I guess that’s a pun. And then they, I think, more than lived up to it. What Jimmie Johnson has been through and his tenacity and his openness to talk about his experience, his commitment to getting better in a completely foreign, if you will, car is just a phenomenal story, and obviously he brought not only lots of fans but a couple of enormously engaged partners with his team and with him, which is exactly the kind of thing that I should have mentioned in an earlier question. We want to bring in more consumer brands to the sport because of their ability to help us leverage our growth.

So Jimmie has been enormously admirable and attractive and important to us.

Grosjean is just an amazing story, not just in France and Europe, and thinking about the INDYCAR culture versus the Formula 1 culture, but to American fans, the fact that he and his family got in a motor home and drive around when they had some time to kill so they could see a bit of America, if you don’t think that doesn’t resonate, it does.

Scott McLaughlin has had probably a challenging year, but I from time to time have some contact with Team Penske, and I can tell you that he is a very welcomed addition to that team. He’s a remarkable driver, mature, steady, great influence, always positive, and he brought a whole lot of fans with him from Down Under.

Those three are just tremendous additions this year.