It Keeps The Pressure On The Competition 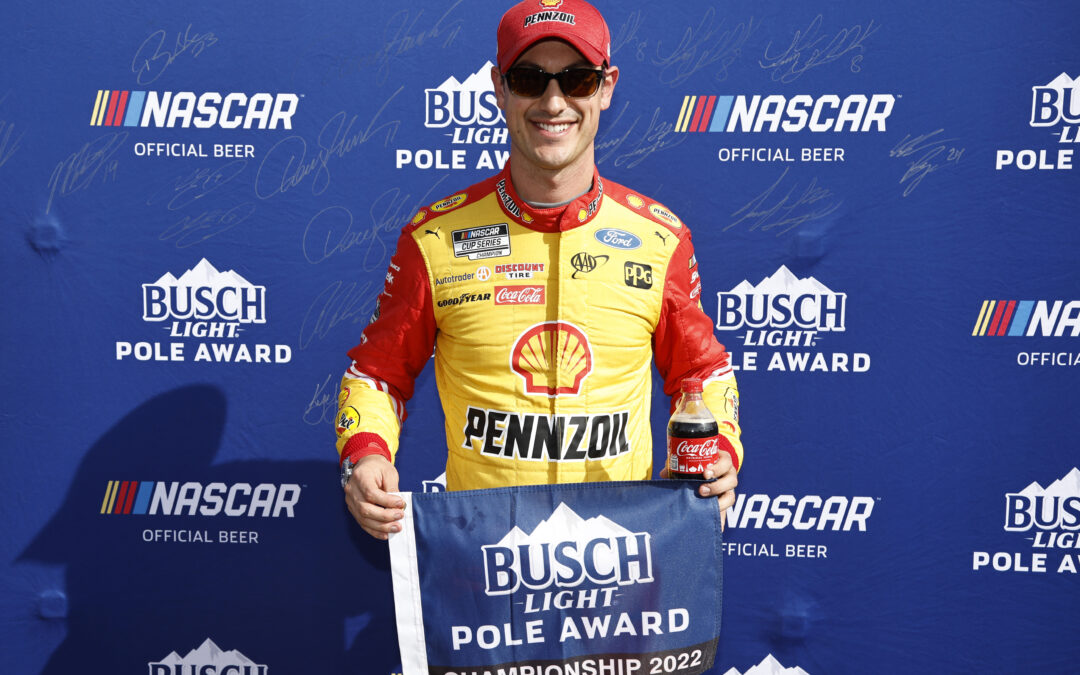 NASCAR Cup Series championship leader Joey Logano will roll off from pole position in Sunday’s championship-deciding race in Phoenix on Sunday. It is a Team Penske 1-2 front-row lockout as Logano is joined up front in the No.22 Pennzoil Ford Fusion by teammate Ryan Blaney. Logano who set a 26.788s lap commented saying:

“That’s the goal. “It keeps the pressure on the competition.”

“No, because it went slower than the run before (in the opening round). “It seemed like tire falloff was a real thing. I kind of got done with my lap and was like, ‘Eh.’ I thought it was going to be like third or fourth probably, just not as good as what it was the first run.

“I overcompensated some of the adjustments I wanted to make as a driver and probably didn’t adjust the car enough as much as we needed to for some other things, but I guess everybody’s tires fell off, and that was a better lap than I thought it was.”

Logano went on to say:

This team does amazing under the pressure. That’s why we thrive in Playoffs and Championship 4 type moments. I love it. I love it. It makes me better. I think it makes my whole race team better, as well.

I’ve been saying, we’ve been preparing. We’ve had a lot of time to go over a lot of things here. Went over a lot last night and this morning with Paul and the team. Made, seems like, some good adjustment. At least for qualifying it showed up. Hopefully that continues into the race.

Good place to start, better place to finish. First pit stall will be helpful. We got a good pit crew. I think also when you can add that with the best pit stall, camera line is right in front of it, not too far ahead of it, that’s a big advantage.

Team Penske and Logano are now favorites to win the championship given the fact that they start on the pole and have the first pit-stall for the race.

We’ve been the favorite to win since the beginning of the year, if you ask me. That’s my mindset. That’s the way I go to the racetrack.

If I don’t go to a racetrack like that, I shouldn’t show up. I’ve always said it doesn’t matter what everyone thinks about favorites and odds, all that garbage that everyone posts. I don’t care. I know what my odds should be. I know what I feel like they are.

I feel great about our position. Like I say, we got a great team, and we’ve proven today we’ve got a good horse. We’re ready to rock’n roll.

Speaking about the advantage of having the first pit stall, Logano commented saying:

It’s definitely part of it. The facts are, I mean, qualifying means a lot, don’t get me wrong. It means a little bit less when you’re in the Championship 4 because at worse you’re going to have the fourth best stall, which is still a pretty good stall here. One is the best one, for sure.

There’s also the effect of the clean air and tuning your car to clean air, staying up front, kind of working the race that way. It’s helpful.

Like I said, it’s a good place to be.

Logano said that he doesn’t need to play mind games with his championship rivals.

You control yourself, your own mindset, right? I’ve been saying all week long that it’s not just another race, this is way more than that. I say that because it is. Saying that makes me better. That’s why I go that way. While everyone is saying it’s just another race, we try to take the pressure off, I just don’t believe that’s the correct way of doing it.

The NASCAR Cup Series Championship Race at Phoenix gets underway at 3PM ET and is LIVE on NBC.