It Was A Busy Day 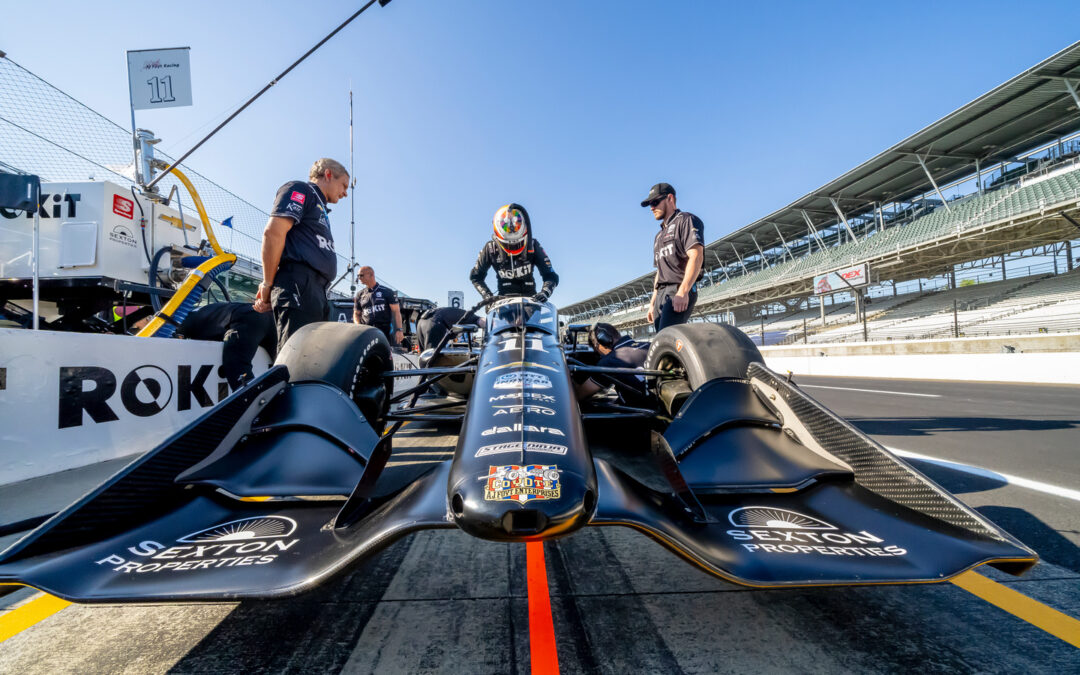 AJ Foyt Racing’s Tatiana Calderon in the No.11 ROKiT Chevrolet says it was a busy opening day at the Indianapolis Motor Speedway road course as she turned laps on the road course for the first time in her career.

The Colombian will start the race from 25th place just behind her hero and two-time Indianapolis 500 winner Juan Pablo Montoya and speaking following the action she said:

“It was a busy day today. “We had a little issue in free practice one so I missed a little bit of running but we managed to make some really good steps in free practice two. Qualifying I think we’re closer to the pace with these guys, so hopefully we can have some good weather tomorrow and fight for some positions. I’m starting just behind Montoya so that’s going to be quite a good race.”

“Not our best qualifying. We were just outside the top 20, starting alongside Scott Dixon tomorrow for the race,”

“The car actually felt really good. “I thought we had the time in it. We were much better on blacks (primary Firestone Racing tires) than we were on reds (the softer, alternate compound tires) and I’m not sure why that is, so we’re going to go to the drawing board and figure that out. There’s some weather on the way for tomorrow, we’re hoping that’s going to shake up some things. We are starting pretty far back so I’ve got my fingers crossed for some rain, but who knows. We’ve got a great group of guys around me working hard to get this car back towards the pointy end of the field.”

Dalton Kellett in the No.4 K Line Insulators Chevrolet starts the race from 26th and speaking following the action he said:

“A bit of a tough qualifying session for the team overall. “We’re not really starting where want to but I still think we’ve made some improvements to the cars through the weekend. Historically, this track has been somewhere we’ve kind of struggled, but definitely something that we can learn and figure out. We’ve got warmup tomorrow and we can work on the racecar and go from there, so that’s the game plan. Last year was a bit of a red (alternate Firestone tire) race and three stops or so, so we’ll be working on some mileage and see what we’ve got for race pace.”