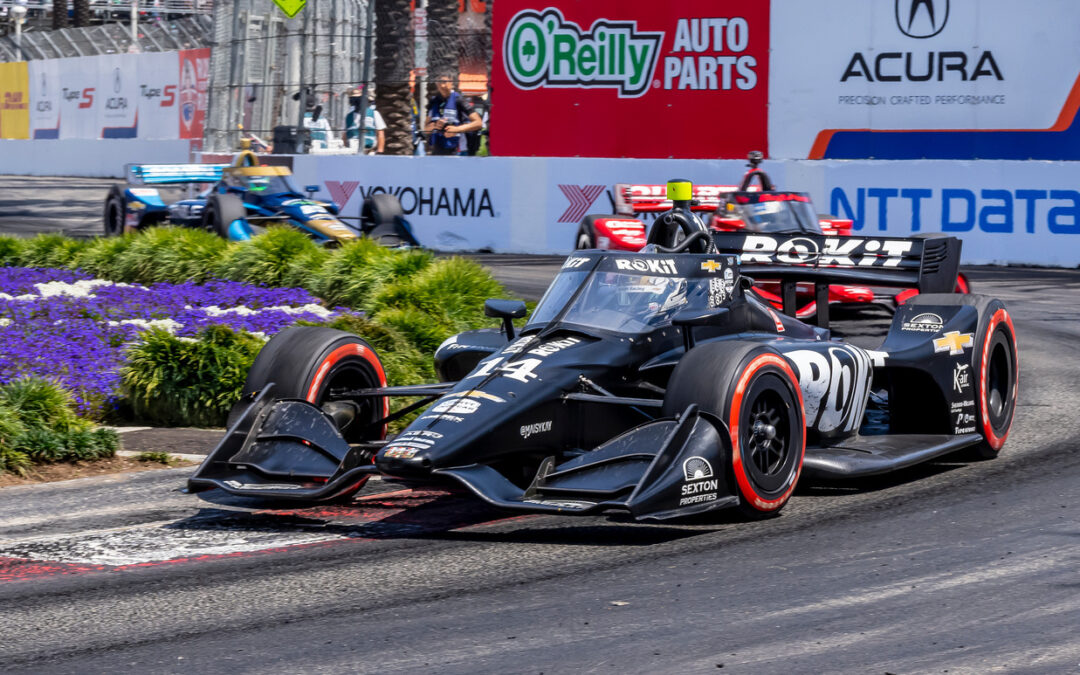 AJ Foyt Racing had a decent day at the Acura Grand Prix of Long Beach on Sunday with rookies Kyle Kirkwood and Tatiana Calderon racking up the miles having completed yet another race distance each. For Kirkwood, the Floridian had a fantastic race, starting the event from 12th place he stayed out of trouble throughout the 85 lap race to finish in tenth place.

Tatiana Calderon in the No.11 ROKiT Chevrolet had another promising event as she came through the field from 26th place on the grid to finish the race in 16th place in only her second NTT IndyCar Series race start. The Colombian will be back in for the team during the first half of the month of May as she will compete in the Honda Indy 200 at Barber Motorsports Park on May 1 and the GMR Grand Prix of Indianapolis on the Speedway road course on May 14th.

“It was a decent day for AJ Foyt Racing here in Long Beach. “Happy for Kyle Kirkwood and the 14 ROKiT team, achieving what we know will be the first of many top-10s. Tatiana showed great progress in only her second race to finish p16. Bummed for Dalton as his race was just getting started when the contact put him out but many drivers had some issues on this tough street circuit.”

The race went exceptional for us at AJ Foyt Racing. “It’s a sweet ‘win’ for us because we’ve had a couple of finishes we didn’t want with the pace we had. Today we had the pace and we were able to show that. Unfortunately, we couldn’t make some passes happen but we got into the top-10. We were absolutely solid on the red tires. I felt like we could make some passes but everyone was a little too bunched up in the first stint to make that happen.

“Once we went to the black tires, we were able to run with everyone else who was in front of us but it was a bit of a fuel-saving game, so we were all kind of sitting in limbo. “The restarts here are just so tough because you come out of the last corner and it’s a massive accordion effect. You can’t make passes happen into Turn One. It’s so tight between the walls to make the passes anywhere else. It’s just so difficult. We’re right there with the big dogs and we’re right there with the big teams. We were quick today and we showed that. All we did was go forward. It was solid points for the team. I’m super happy and everyone is smiling.

Tatiana Calderon had a great race coming from 26th on the grid to finish the race in P16, the second highest-placed rookie after her teammate Kyle Kirkwood. The Colombian is full of confidence heading into the next race at Barber Motorsports Park in just under three weeks’ time.

I’m really happy with the steps we have made since St. Petersburg. “I feel much more confident in the car, even on pit stops and making little adjustments and learning how to deal with the tires better. I’m really thankful for the team. They did a fantastic job. Of course, we want to be fighting more people in the next couple of races. The steps we took were huge and I’ll carry that confidence into Barber.

Dalton Kellett in the No.4 K-Line Insulator Chevrolet started the race from 24th on the grid but was forced to retire after hitting the tires following an error speaking following the action the Canadian commented saying:

I got a little deep into the brake zone for Turn One and carried too much speed through the entry to the corner, got wide and hit the barriers. “I was trying to shift into fuel-saving mode and kind of misjudged it on the brakes.”