It Was A Decent Run 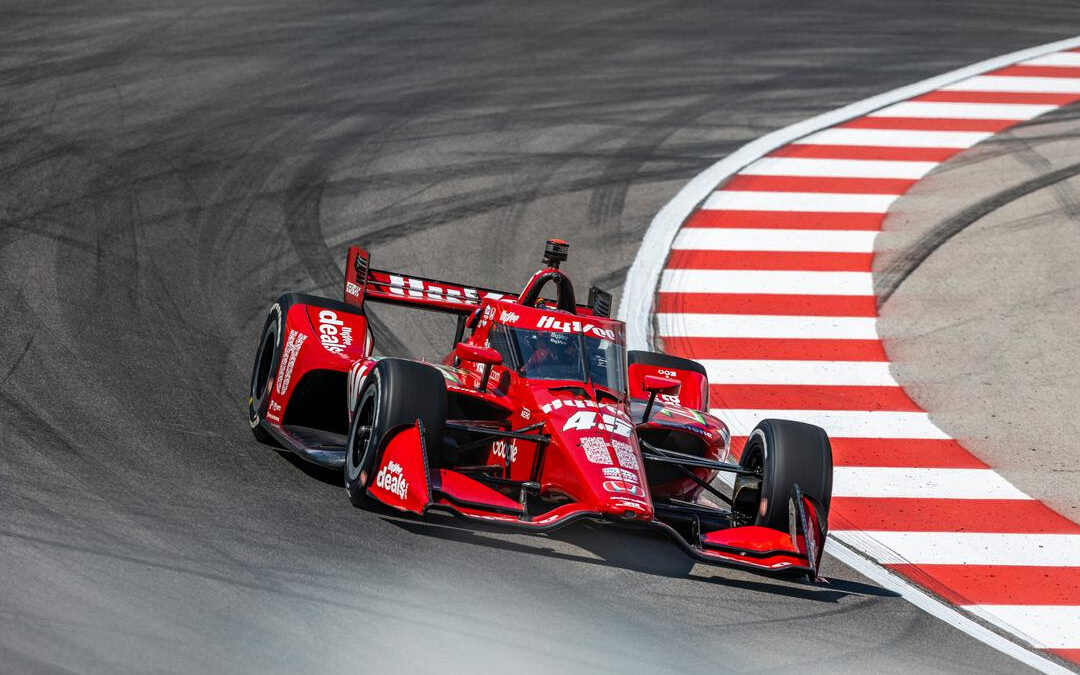 Rahal Letterman Lanigan Racing’s Jack Harvey in the No.45 Hy-Vee Honda will roll off from P15 for today’s Bommarito Automotive Group 500 at World Wide Technology Raceway after setting a two-lap average speed of 178.775mph.

It was a decent run. The laps were pretty consistent. I needed a little more rotation just to try to get through Turns 1 and 2 a little better but that was probably my only limiting factor really. At this track, hundredths-of-a-second really make such a huge different. If we left a little bit on the table in balance obviously that’s going to hurt us a little bit. I think the cars unloaded pretty decent. I didn’t quite have Graham’s pace in practice but I think we made a good step and improved since the practice session. I think we’ve got some momentum right now. We’ve just got to keep chugging away.”

Graham Rahal in the No.15 iPacket Honda starts the race from P17 after setting a two-lap average of 178.657 mph speaking following the action he commented saying:

“I’m pretty surprised about qualifying to be frank. I expected a lot more than that. This morning it was relatively easy to do that 25.0 pace but obviously I couldn’t replicate it at all in qualifying; I wasn’t even close. It’s disappointing. In Turns 3 and 4, it felt like I had about 60 percent of the grip that I did earlier. We made no changes, just a different set of tires. I don’t know why that is. We need to find a little bit more. Our race pace looked good.

Christian Lundgaard in the No. 30 MiJack Honda starts the race from P19 following a two-lap average of 178.165 mph and speaking following the action he said:

“I think our qual run was quite decent. I wasn’t quite happy with the car this morning after practice so we went closer to what Graham had, and he was quick in practice. I underestimated the grip, I think, in the quali run but the points are tomorrow.