It Was A Difficult Race For Us For Sure 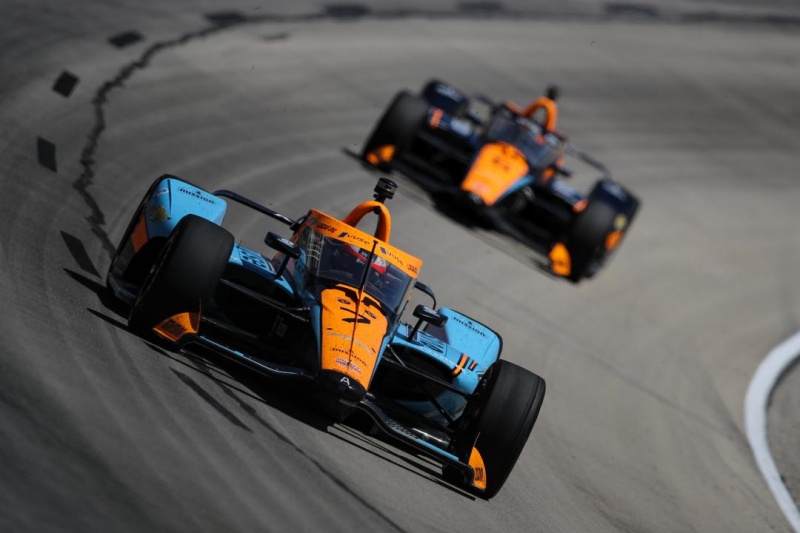 Arrow McLaren SP Team President Taylor Kiel says that the XPEL 375 at Texas Motor Speedway was a difficult race for the team for sure after pole-sitter Felix Rosenqvist in the No.7 Vuse Arrow McLaren SP Chevrolet was forced to retire from the race due to a mechanical issue and speaking following the action Kiel said:

It was a difficult day for us, for sure. After qualifying so well and showing so much speed, it is disappointing that we didn’t get the results today. Felix had a mechanical failure, so we will have to look into that because there were a few other teams who had similar issues. We will look into it and rectify it moving forward.

“Unfortunately, with the pit incident with the No. 5 car and one of our teammates getting struck in the incident, it broke the front wing that we had to change. Fortunately, the team member had no major injuries and was cleared by the INDYCAR Medical Team. That put us a lap down, and from there, with the way the race played out, it was very difficult to get the lap back. Ultimately, we didn’t and had to scratch and claw to finish 15th. Considering the pace the car had, it is disappointing. We will move on and look onward to Long Beach and go from there to get our season back on track.

“A mechanical failure ended the day. So it doesn’t really matter what happened before then, but we had a good car. In the beginning of the stint, we were probably better than everyone. We had quite a bit of tire degradation on the left-front tire that we need to look into. It was down to the cords, so when we came into the pits, it was honestly impossible to stop the car. Both of the cars seemed to have the same issue. It’s disappointing. I feel that both cars had a good chance, but at the end of the day we had a technical issue that ended our run. It’s definitely something we have to fix, because no matter what happened in the race, that would have been the end of it anyway. A tough day.”

Pato O’Ward in the No.5 Arrow McLaren SP Chevrolet started the race from tenth however, an incident in pit-lane saw the Mexican fall back to the back of the field and finished the race in 15th place and speaking following the race he said:

“We had a great car today. Today is on me. I owe everyone a beer, but we have to shake it off and go on to Long Beach. At the start of the race, a bunch of people jumped the start and we got swallowed. On the restart, we jumped ahead of four cars and I positioned myself well in the top 10. Then, on that first pit stop sequence, the crew helped me get into the top three or four and we were positioned perfectly to challenge for the win today. It’s a bummer. I screwed up and the crew did a fantastic job.”