It Was A Great Day Here In Portland 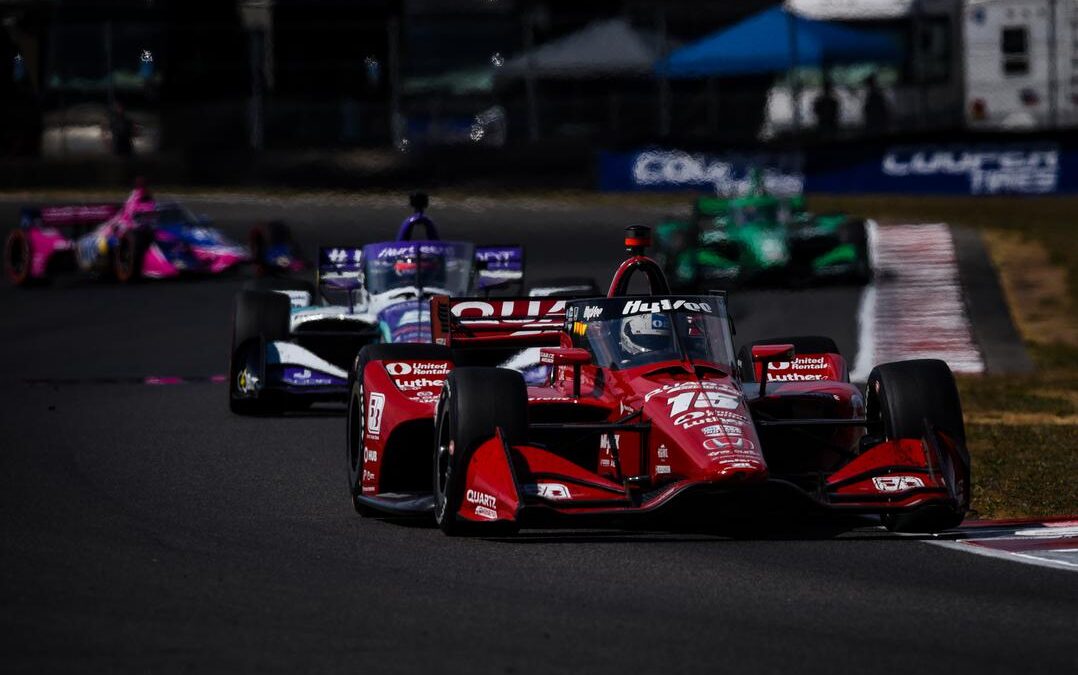 Graham Rahal in the No.15 Quartz Motor Oil Honda had a great day for Rahal Letterman Lanigan Racing at the Portland Grand Prix on Sunday.

Rahal started the race from P11 and enjoyed some great on track battles coupled with a great strategy to end the 110-lap race in fifth place and speaking following the action he said:

It was a great day here in Portland with a fifth-place finish for the Total Quartz Motor Oil machine. A top-five is like a win for us today. I would have loved to get Pato there at the end and thought we had the pace to do so. I had been setting him up for about 15 laps prior to get it done so to not do it, I’m a little salty. But the guys did a wonderful job in the pits. I’m really proud of everyone at Honda, everyone at RLL for keeping their heads down and getting us here. And really proud to represent United Rentals. We raised a lot more money for Turns for Troops so thank you so much to them for all of their support. The list goes on. For Total, we’ve had good success with this car. We’ve had a fast car here in Portland and hopefully next year we can come back and get a win.”

Christian Lundgaard in the No.30 MiJack Honda started the race from third place due to a penalty imposed on Josef Newgarden and ran in podium contention before hitting a foam banner while going into Turn 1 meaning he drove an entire lap with a banner on his front wing.

“It was not the end that we wanted obviously. The start was good with taking second place and the overall pace was good but we will learn from our other challenges and move on.”

Jack Harvey in the No.45 Hy Vee Honda started from 17th and came home in P15 and speaking following the action he said:

That was a fine day for the No. 45 Hy-Vee Honda, but only just fine. We’re just lacking a little bit of speed right now and we’re trying to figure out why it’s not quite gelling. I’m not sure what it is but I think we are making progress. Its subtle and not as quick and as much as I would like. The positive part of today is the pit stops were very good, so I have to say thanks to the guys on pit lane for that. Obviously, it’s getting towards the business end of the championship now and I just want to go to Laguna Seca and try and get the best finish we can and hopefully have our best finish of the year. Frankly we haven’t had enough of those good results this year, but we’ll work on it and try to finish as well as we can that weekend.”