It Was A Solid Day For Us 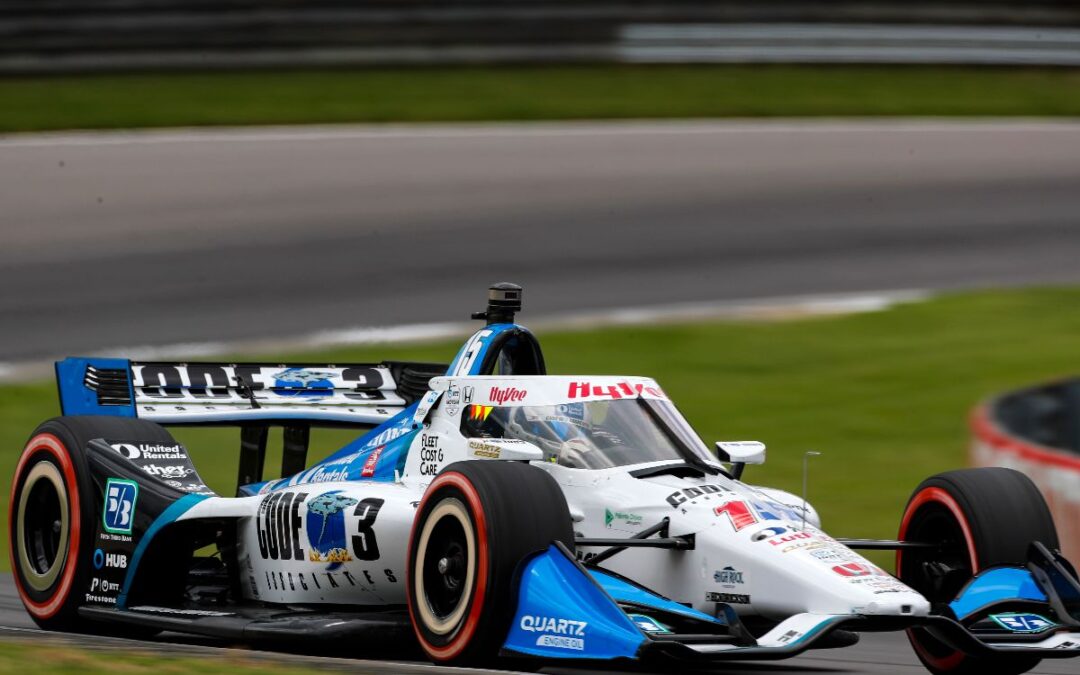 Rahal Letterman Lanigan Racing’s Graham Rahal in the No.15 Code 3 Associates Honda says it was a solid day for the team at Barber Motorsports Park on Sunday as he finished inside the top ten in eighth place.

Rahal who started the race in ninth place made a good start and had an on-track battle late in the race with Romain Grosjean. The Frenchman hit Rahal twice with the second hit appearing to be deliberately done.

It was a solid day for us but unfortunately on the last lap we had to clutch and coast. We didn’t get to finish where we probably should have, the fuel save was big there in the end. The Code 3 Associates team did a great job in the pits, the pit stops were money once again. It was just a frustrating day I think, a frustrating end because I thought we were in the hunt battling cars. The yellow kind of saved Power and some of those guys. It closed them right up but that’s the way these things go. We’ve just got to keep working hard.
“I gave him (Grosjean) room. I was trying this outside move on Scotty (McLaughlin) the whole time so I knew Romain was going to dive bomb me because I’d already been warned that’s what he’s doing. But we are already straight there (said while watching a replay) so why are you turning into me? Your right front is at my left rear, and here again we’re straight and he hits me again. At some point we have to clean up our act but let’s turn to the positive. The Code 3 Associates car was good, the pit crew was amazing today, we came up a little short on fuel which was disappointing — we had a little telemetry issue. We raised a lot of money for Turns For Troops, we’re doing good things, our race cars are getting better, and I’m excited for the future for our team, I’m just disappointed we had to let him by on the last lap.”

Christian Lundgaard in the No.30 Shield Cleansers Honda started the race from 14th place on the grid and ran as high as ninth place after being held in the pits during his first stop to allow another car to pass and finished the race in 15th place.

Honestly, it was a long race, physicality was there – the next race is going on. I think the strategy wasn’t quite the right one for today. Bit disappointed in our first pit stop, we got stuck behind Malukas who was in the pit box ahead of us – I wanted to get out and he came in. We lost a lot of positions in the first sequence there due to that. At that point we were already set back from there so it was all about keeping your head cool, save some fuel, and get the car over the line in the end. We will go on to the first Indy GP in a couple of weeks and take it from there, see you there

Jack Harvey in the No.45 Hy Vee Honda started the race from 15th place and came up to 12th place at the start of the race and ended the race in 18th after being caught out by the caution brought out by Callum Ilott who went off the track.

Obviously not the result we were looking for there. That yellow came out just perfectly timed in a bad way as what you could hope for us today. I thought the #45 Hy-Vee Honda was making some pretty good headway at the start of the race up until halfway but, yeah, that yellow just killed us. But I think right now there’s a lot of really great things happening, we just have to pull the best pieces of our weekend together and go from there – we should be okay. There is still some work to do to figure out how we put this puzzle together.