It Was An Ok Day – Nothing Great, Nothing Bad 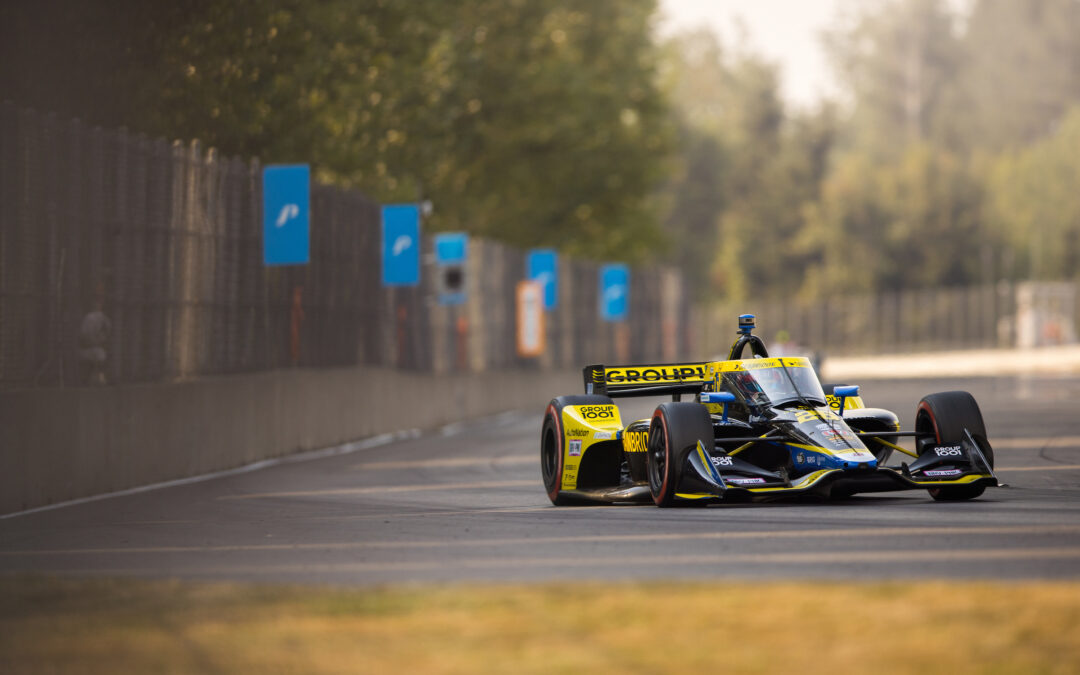 Colton Herta in the No.26 Gainbridge Andretti Autosport Honda says that it was an OK day in Portland where he finished Sunday’s race in 6th place having started the event from seventh.

Speaking about the race, Herta said:

It was an okay day – nothing great, nothing bad. We moved up from our starting position and almost got a top five. Seems like the Gainbridge Honda had good speed, but there are a few things that we need to capitalize on going forward. Overall, a positive weekend. Looking forward to defending my wins at Laguna Seca and go for a three-peat there.”

In his penultimate race for the team before he moves to Arrow McLaren SP for next season, Alexander Rossi in the No.27 NAPA Auto Parts AutoNation Honda started the race from P9 and came home in seventh.

“It is a little disappointing, because we had a shot at the podium until the last restart. People were side-by-side and bouncing over curbs – we ended up on the wrong side of it. The pace of the No. 27 AutoNation / NAPA KNOW HOW Honda was fantastic. The team did a great job in pit lane and the strategy was great. We certainly had the opportunity to be on the podium, but it came down to the track placement which is on me.”

Devlin DeFrancesco in the No.29 Jones Soda Company Honda started the race from 24th and ran inside the top ten and eventually came home in P16 and speaking following the action he said:

“It was the most we could have asked for today with no mess in Turn 1 on Lap 1. We had decent pace, but we need to qualify better while getting down to the roots of those issues. We look forward to Laguna for the No. 29 Jones Soda Steinbrenner Racing Honda and ending the season on a high note.”

Romain Grosjean in the No.28 DHL Honda had a racecto forget after recieving two penalties for not complying the correct return to track protocol as set out by IndyCar.

Another tough race today. The car was good at the start of the weekend, but when it came to the race, it wasn’t there. It’s frustrating to have these issues when I know we can be competing at the front. Hopefully we can get back to where we were at Laguna.”