It Will Be An Interesting Challenge For The Team And Drivers 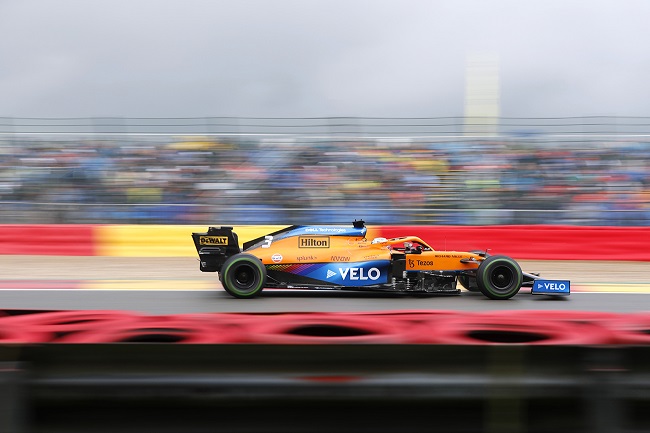 McLaren Racing Team Principal Andreas Seidl believes that this weekend’s Dutch Grand Prix at the Zandvoort circuit will prove to be an interesting challenge for his team and drivers after the dreadful events of last weekend’s Belgian Grand Prix. Looking ahead to Formula One’s return to the Netherlands for the first time in 36 years, Seidl commented saying:

The Belgian Grand Prix was an odd weekend for many reasons, and it was a real shame the fans didn’t get to see a proper race. Thankfully we get to go racing again right away with F1’s return to Zandvoort for the first time since the ‘80s. It will be an interesting challenge for the team and drivers, as the cars have changed so significantly since then, while the overall layout of the circuit remains relatively similar. The tight and twisty characteristics with increased overtaking difficulty will dictate how we tackle this new challenge, and what to prioritise in terms of set-up and work programmes during the free practice sessions. Like Monaco, qualifying will go a long way to determining the finishing positions on Sunday.

“As we head into the second race of this triple-header, both factory and trackside teams are working flat-out to give us the best chance of scoring good points, which is so vital as we battle for third in the Constructors’ Championship. Back in Woking, the team is working hard to keep us well stocked with spares, and the trackside team, alongside our HPP colleagues, is putting in incredible effort to ensure the cars are in the best possible racing condition. The entire team is very aware of how close this championship fight is, and everyone is doing their bit to help us perform. Hopefully this weekend we can see some proper action, and secure a good haul of points.

Daniel Ricciardo who celebrated his 200th Grand Prix start in Belgium is looking forward to be getting back on track this weekend saying:

Last weekend wasn’t how I expected to celebrate my 200th GP, and it’s a real shame the fans didn’t get to see a proper race. Luckily, that doesn’t happen very often in F1, and we’re right back at it at Zandvoort this weekend. It’s been a while since I’ve been there, and I’m actually really excited to go back. The fans there are very enthusiastic, and I feel a lot of Dutch support. Hopefully we can take the positive momentum from qualifying in Spa forward and score some decent points.

Lando Norris is also looking forward to this weekend’s event in the Netherlands saying:

“After a disappointing weekend in Belgium, I’m looking forward to heading back to track this weekend and hopefully putting on more of a show for the fans. Zandvoort is a cool circuit and one that I’ve raced – and won – at before, back in 2017 in Formula 3. The track has changed quite a bit since then, with new banking, which could change how the race plays out. I’ve actually been back to the UK this week to drive the circuit in the simulator, so that we’re ready to hit the ground running when we get out on track on Friday.”