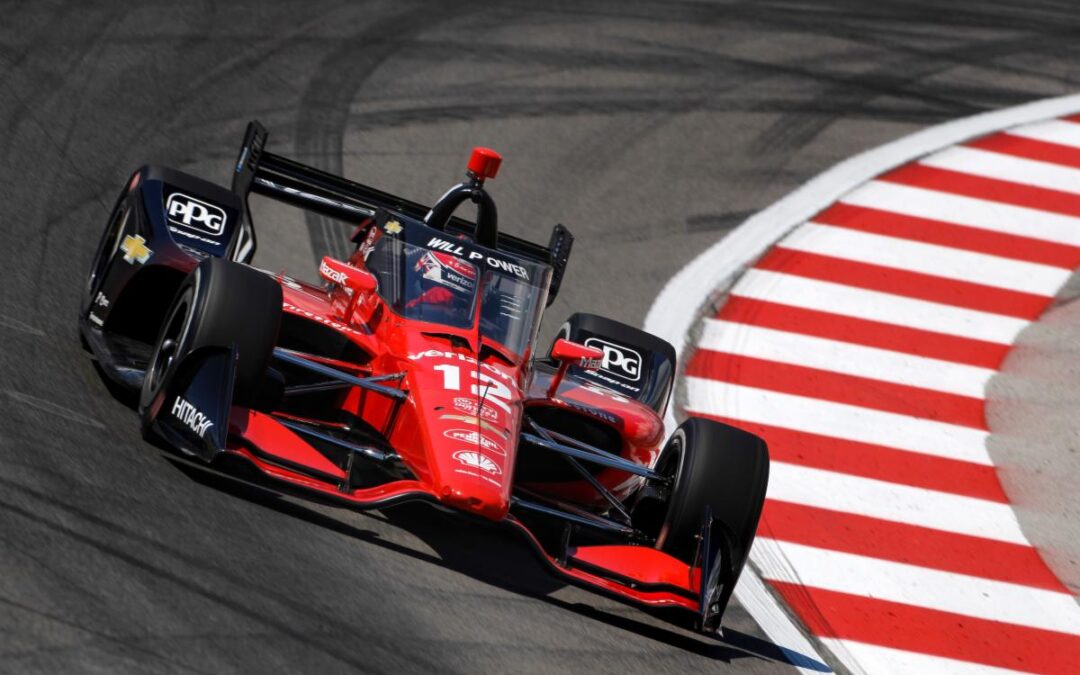 Will Power in the No.12 Verizon 5G Team Penske Chevrolet says that he hopes today’s Bommarito Automotive Group 500 at World Wide Technology Raceway is a completely different race to what it was after nine drivers took part in a test on Friday evening to bring a second lane of racing into the track to allow for greater passing opportunities.

I think it will be a bit better than Texas because it hasn’t got the coating. Maybe it’s not enough cars. But, yeah, we’ll see. Man, the race would be so good if we could do that, people actually run there in the first 20 laps. It will just be a completely different race to what it was.

Power went on to thank Penske and his primary sponsor Verizon saying:

“I would never have ever been able to do this without Verizon and Penske,” an elated Power said. “I’ve had such a fantastic career and they’ve given me such a great opportunity and I cannot thank them enough. Of course Chevrolet too because a lot of those poles were with the Chevy engine.”

Josef Newgarden in the No.2 PPG Team Penske Chevrolet rolls off from third place and speaking following qualifying he said:

“If I could have done a better first lap, I think for sure (it would have been pole). The car was really capable there as you saw on the second lap. I just did not get that first lap good enough. I wish I could have a redo, but you can’t. You have to go out and put your best foot forward when it’s time. I had a great car. PPG and Team Chevy… the speed was there. I wish I could have a redo. I’m excited. We have speed here this weekend. We just have to put that to best of use for tomorrow.

“I wish I had maximized my car. I obviously didn’t do a very good first lap, and I knew it. We had a pole car in there again but not getting that first lap in there is what’s going to hurt us. I feel good for tomorrow. I think we have a great car. I just hate missing it. Man… we definitely had a good enough car to put it on pole. We’ll try do that better next time around, but I’m excited for tomorrow with PPG.”

Scott McLaughlin in the No.3 Odyssey Battery Team Penske Chevrolet commented after qualifying in P4 saying:

Josef is one of the best on ovals that I’ve ever seen, so as a teammate it’s difficult. When you go out first, you’re getting a balance for everything and feeling it out for the guys. At the end of the day, I felt like we did a really good job with the Odyssey Battery Chevy. I felt really strong. As long as we didn’t go backward in qualifying, we were going to have a good run. This sets us up well for tomorrow, so we’ll see how it goes.