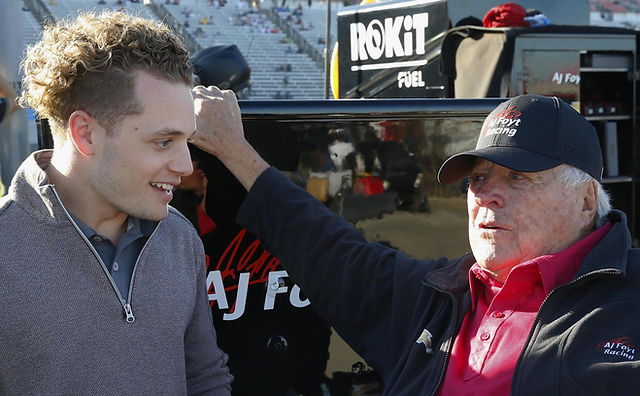 AJ Foyt Racing’s Santino Ferrucci says that it is ‘a dream come true‘ to be given the opportunity to race in the NTT IndyCar Series for the legendary team owner.

Speaking after being confirmed as the driver of the No.14 Chevrolet for the 2023 NTT IndyCar Series season, Ferrucci, who began his IndyCar career with Dale Coyne Racing said:

It’s going to be a very unique opportunity to work with both A.J. and Larry closely to build a new program,” he sai. “To race for a legend like A.J. Foyt — it’s a dream come true. I like to think of myself as an “old school” driver who likes loose race cars and gets behind the wheel of anything with four wheels and an engine. So driving for a guy like A.J., knowing that he drove everything throughout his career, it”s going to be a chance of a lifetime for me.”

Ferrucci who raced in Europe as well as being development driver for the Haas F1 Team from 2017-2018 spoke about his love for IndyCar.

INDYCAR became my goal after leaving F1 in 2018. “I finished up my season in Europe and was asked to fill in for Pietro (Fittipaldi) in the Detroit Grand Prix. I instantly fell in love with the cars, the style of racing and the people. That’s when I knew that INDYCAR needed to be my new home.”