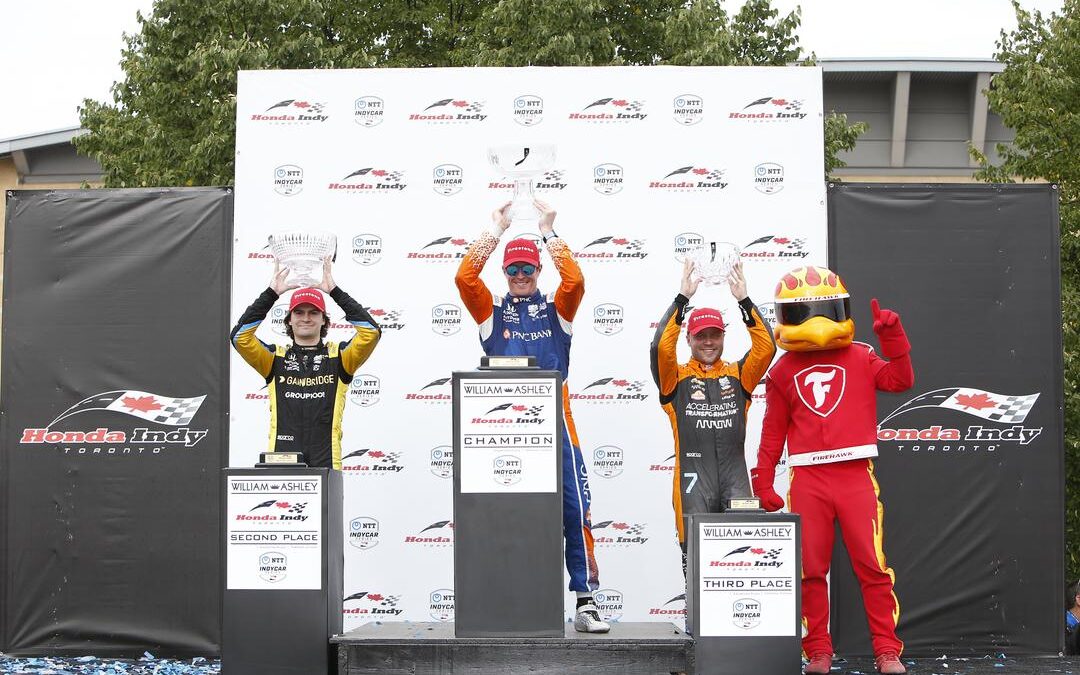 Arrow McLaren SP’s Felix Rosenqvist in No.7 Circle K Chevrolet says the team had a good weekend at the Honda Indy Toronto as he came from eighth place on the grid to claim his maiden podium finish as a McLaren IndyCar Series driver and speaking following the race he said:

It’s been a good weekend and we had a good race as well. I don’t think we’ve been the fastest all weekend but we tried to get the basics right.

“I think the No. 7 Arrow McLaren SP team had an advantageous pit stop this weekend in the left turn which probably gives you a second or a second and a half compared to some other guys who were in the right turn. All those things together allowed us to move forward. We were saving a lot of fuel early on and it looked like we were going to get a big advantage there in the end. The last yellow kind of played into Colton Herta’s and Scott Dixon’s favor.

“I think it was a fun race. We had good, hard battles out there on a good, hard track. It was very physical and warm, but it was fun.

In contrast to his team-mate, Pato O’Ward in the No.5 Arrow McLaren SP Chevrolet had a disappointing race as he started the event from P15 and came home in eleventh place speaking following the race he said:

“Toronto was a weekend to forget for the No. 5 Arrow McLaren SP team. I saved as many points as I could. We started near the back and lost a lot of positions on the start so then it was even more work that we had to do to make our way to a decent points finish. We had some good track position in the pit stop sequence and got ourselves near the top 10 — not quite in the top 10 but an 11th finish, which is definitely better than where we started and then where we fell back to, so I can’t complain.”

Today was a crazy race. Toronto always produces a lot of different strategies and certainly today was no different. There were some yellows and critical moments throughout the race that jumbled things up. We saw Felix finish on the podium today — it’s his first podium with the team, so I couldn’t be more happy about his drive and certainly what the No. 7 Arrow McLaren SP crew was able to accomplish today. Not a great result for the No. 5 Arrow McLaren SP Chevrolet but ultimately I think we passed 16 or 17 cars on our strategy today.

“It goes back to qualifying. We didn’t have it when we needed it in qualifying so it set us up for a tough day. The No. 5 had really good recovery with great pit stops across the board and ultimately a great result for Felix and the No. 7 team. On to Iowa!

McLaren Racing CEO Zak Brown was in town for the race and said:

Great drive for @FRosenqvist to get his first podium at @ArrowMcLarenSP! 👊 Pato rebounded back to a P11 finish.

Also, congrats to @scottdixon9 in tying @MarioAndretti on the @IndyCar all-time wins list at 52. 👏 pic.twitter.com/zgFIqdGzR0