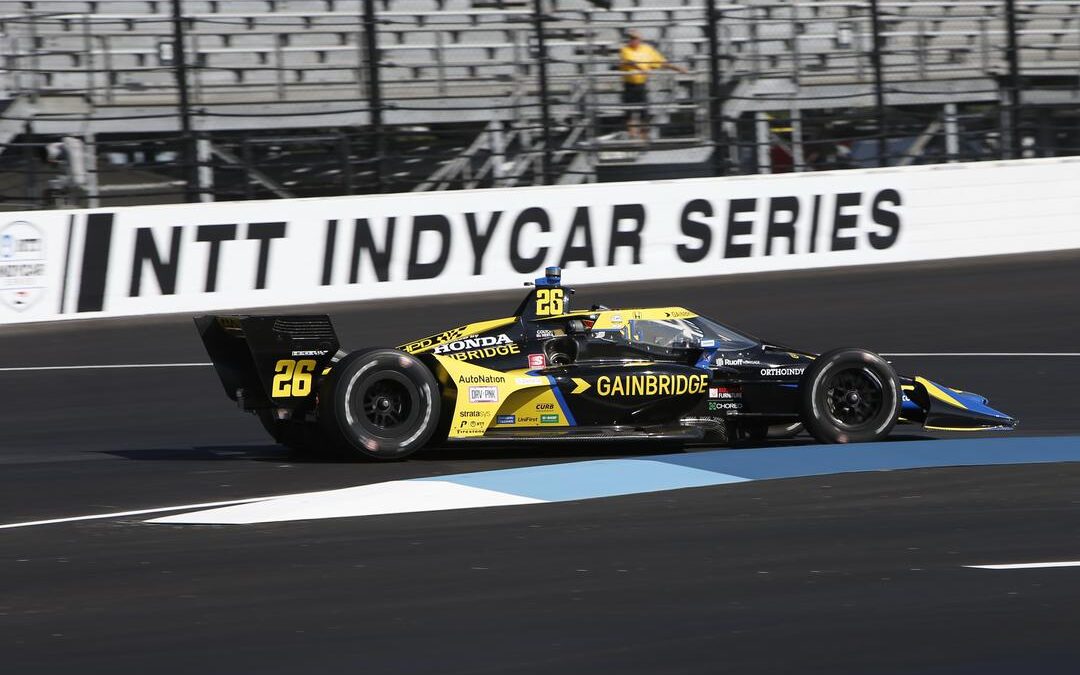 Andretti Autosport’s Colton Herta in the No.26 Gainbridge Honda was delighted with his first win of the 2022 NTT IndyCar Series season at the GMR Grand Prix of Indianapolis on the IMS road course on Saturday in what can only be described as chaotically wet conditions.

Herta started the race from 14th on the grid and dropped back down the order following the first round of pit stops only to carve his way back up through the field to claim his seventh career win.

The win lifts Herta up to fifth place in the championship heading into the 106th running of the Indianapolis 500 presented by Gainbridge in two weeks’ time and speaking to Paddock Eye about The Greatest Spectacle In Racing, Herta said:

It’s nice momentum-wise. Obviously, it has nothing to do mechanically with what we will do over the next two weeks but hopefully, we can reap some of the rewards as a team from our result today. Everyone is going to be working extra hard so that we are back where we were today in two weeks time.

Herta heads into the Indianapolis 500 practice week in fifth place in the championship on 115 points, just 13 behind championship leader Will Power.