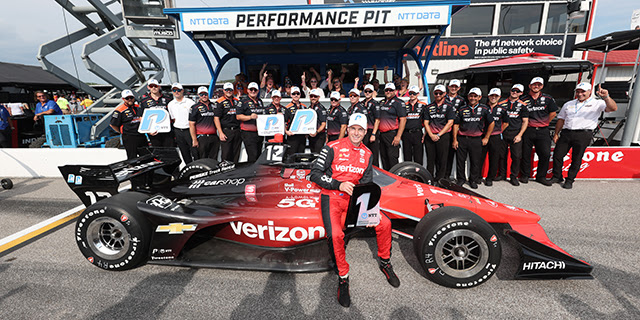 Will Power in the No.12 Verizon 5G Team Penske Chevrolet says that it is just amazing after he claimed his 67th career NTT IndyCar Series P1 Award for Saturday’s Bommarito Automotive Group 500 at World Wide Technology Raceway.

It’s just amazing. “Amazing year so far. This is a big victory for me, to reach the 67 number and equal such a legend of the sport in Mario Andretti. I just can’t believe that I’m right there with Mario because there’s been no one like him.