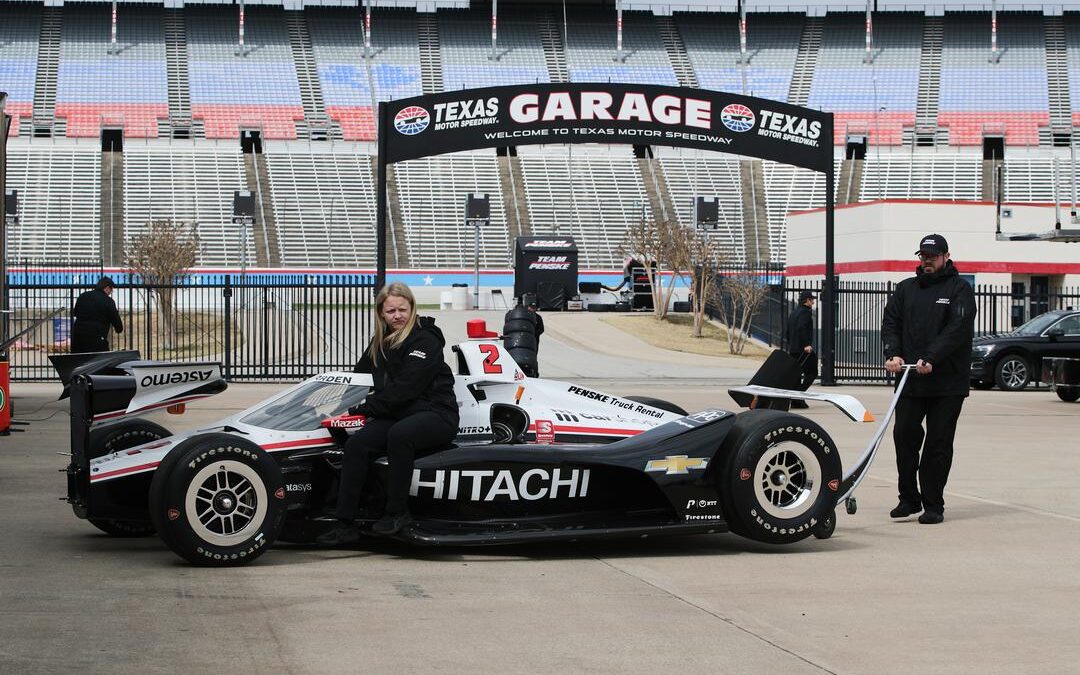 The NTT IndyCar Series roars back into action this weekend as the teams and drivers head south to Texas Motor Speedway, the venue for the XPEL 375, the first oval race of the 2022 season. Following a dramatic opening race on the streets of St Petersburg in Florida last month the team’s focus now shifts to Texas.

Last year, Scott Dixon of Chip Ganassi Racing and Pato O’Ward of Arrow McLaren SP were triumphant taking victories in the double-header race weekend. This season there are 28 cars entering the race which is the largest non-Indy 500 grid. AJ Foyt Racing will head into their home race with three cars following last weeks announcement that J.R Hildebrand will drive the No.11 ROKiT Chevrolet in all of the oval events this season starting with Texas so we can expect the team to be extremely competitive on home soil.

Team Penske’s Scott McLaughlin will be hoping to carry the momentum from his victory in St Pete through to Texas, where last season he scored his first NTT IndyCar Series podium. It is also going to be interesting to see Andretti Autosport’s Romain Grosjean in action in his first super speedway race in the No.28 DHL Honda. Chip Ganassi Racing’s Jimmie Johnson will also be a driver to keep an eye on in the No.48 Carvana American Legion Honda as he has so much experience here from his time in the Monster Energy NASCAR Cup Series.

Will Power in the No.12 Verizon 5G Chevrolet had a really solid start to the season in St Pete taking home a podium in third place so he will be one to watch this weekend as will Andretti Autosport’s Colton Herta in the No.26 Gainbridge Honda who is aiming to claim his maiden oval win this weekend in Texas.

Chip Ganassi Racing’s Scott Dixon in the No.9 PNC Bank Honda will be hoping to be in the hunt for victory once again as the Iceman has scored three wins here in the last four seasons and is aiming to add a sixth victory to his career tally here in Texas.

Following a tricky race last time out, Team Penske’s Josef Newgarden will be hoping to hit the ground running this weekend after ending the Firestone Grand Prix presented by RP Funding in 16th place. Graham Rahal in the No.15 Fleet Coast Care Honda for Rahal Letterman Lanigan Racing was part of the closest finish here in circuit history in 2016, when he came home 0.0080s ahead of James Hinchcliffe than driving for Schmidt Peterson Motorsports while series veteran Tony Kanaan was third for Chip Ganassi Racing.

Ed Carpenter returns to Texas Motor Speedway and will be aiming for a strong run for his team who will have three cars in the race as Conor Daly will compete in the oval events for the team in 2022 having signed a full-time contract with the team over the off-season.

Meyer Shank Racing’s Simon Pagenaud and Helio Castroneves will also be ones to watch this weekend as will Arrow McLaren SP’s duo of Pato O’Ward and Felix Rosenqvist. It is still very early days in the championship, however, Texas is a great opportunity for the teams to find out where their cars are at heading into next months open test at the Indianapolis Motor Speedway.

It is also going to be very interesting to see how the rookie drivers get on this weekend.