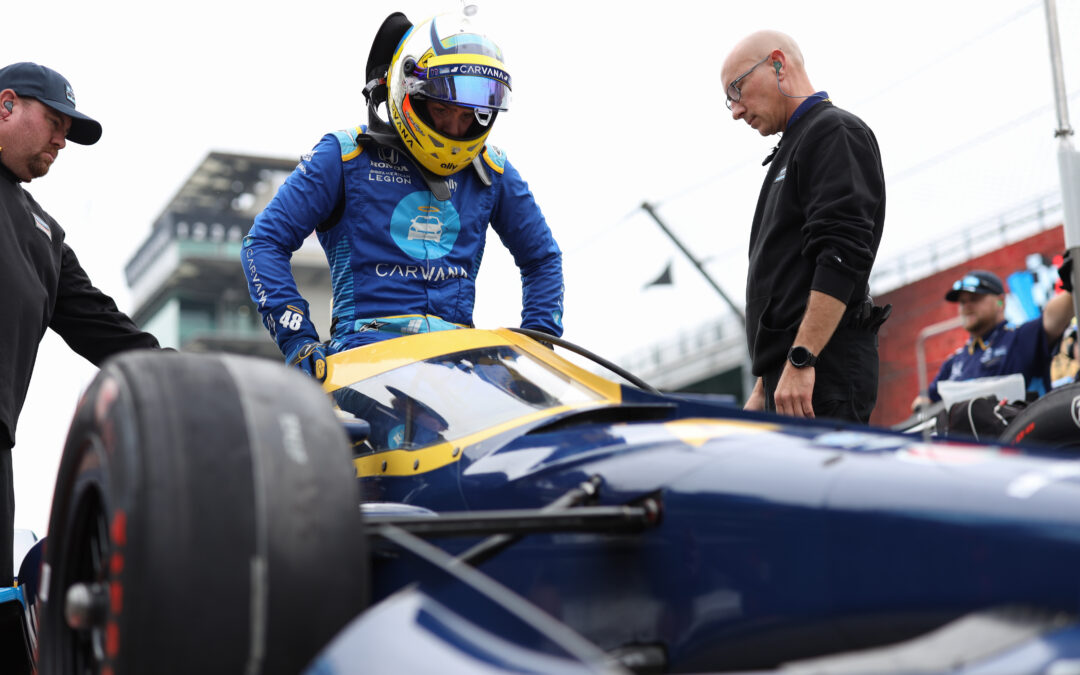 Chip Ganassi Racing’s Jimmie Johnson says he feels more confident and comfortable on an oval in an IndyCar following his Rookie Orientation Programme at the Indianapolis Motor Speedway on Wednesday. Speaking to Paddock Eye following the test, the seven-time Monster Energy NASCAR Cup Series champion said that his test at Texas Motor Speedway really helped him mentally prepare for the test at IMS today and that he was happy with how the test went.

The test was cut short due to inclement weather at the Indianapolis Motor Speedway however, Johnson who was joined at the test by Dario Franchitti, Tony Kanaan and Marcus Ericsson told Paddock Eye that having the depth of knowledge and experience with his teammates on hand at the test proved to be invaluable.

When asked about team owner Chip Ganassi, Johnson confirmed to Paddock Eye that Chip was at the test and told him just to go out and have fun at on track and that the rest would take care of itself and I think it is safe to say that Jimmie Johnson had fun on track on the Indianapolis Motor Speedway oval today.