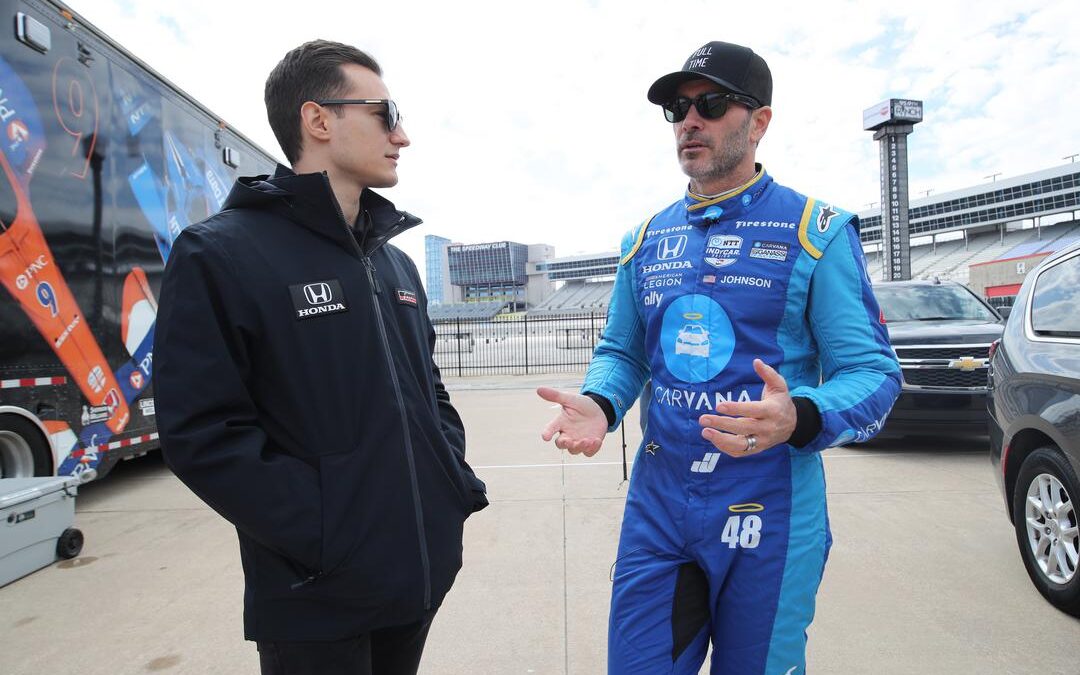 Seven-time Monster Energy NASCAR Cup Series champion turned NTT IndyCar Series driver with Chip Ganassi Racing Jimmie Johnson has confirmed that he spoke with IndyCar and Indianapolis Motor Speedway owner Roger Penske while he was still in NASCAR about the possibility of competing in the Indianapolis 500 with Team Penske.

Johnson is competing in his first full-time season in the NTT IndyCar Series in the No.48 Carvana American Legion Chip Ganassi Racing Honda and will make his NTT IndyCar Series oval race debut a week from today in the XPEL 375 at Texas Motor Speedway, the only oval race before the Greatest Spectacle in Racing, the 106th running of the Indianapolis 500 presented by Gainbridge which takes place on May 29.

Speaking to the Indianapolis Motor Speedway, Johnson said that when the discussion took place with Roger Penske, a deal could not be struck due to the fact that at the time, there was only one engine manufacturer in the sport, Honda and Johnson was competing for a rival manufacturer in NASCAR who would not release him to compete in the Indianapolis 500. Johnson heads to Texas Motor Speedway next weekend where he has been extremely successful having taken seven victories here in the MONSTER Energy NASCAR Cup Series.

Speaking to Paddock Eye in St Petersburg last month, Johnson said that he is confident that he can challenge for a top 15 or even a top ten finish in Texas which would give him a strong foundation going into the month of May and his first Indianapolis 500.

Johnson has already completed his Rookie Orientation Programme at the Speedway and will take part in a full field test at the Speedway for Firestone in April. The XPEL 375 is live on NBC next Sunday, 20th September.