Johnson Wants A Full-Time Return In 2023 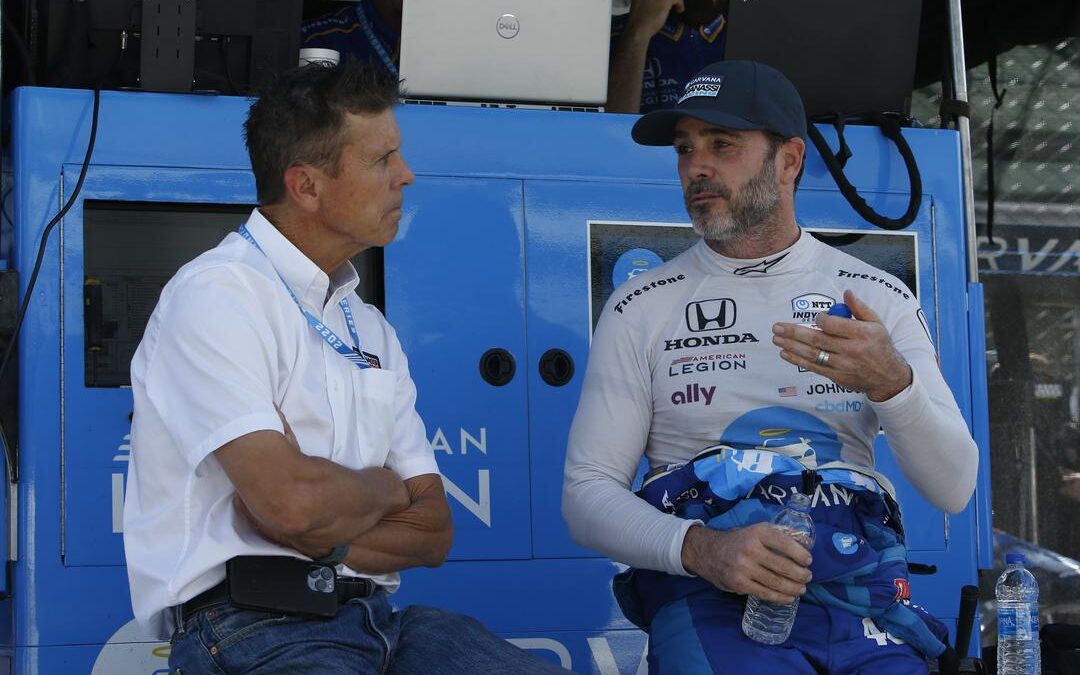 Chip Ganassi Racing’s Jimmie Johnson driver of the No.48 Carvana Honda says that he wants to return to the NTT IndyCar Series full-time in 2023.

The seven-time NASCAR Cup Series champion made his hos IndyCar Series debut with Chip Ganassi Racing in 2021 when he competed in a partial schedule for the team.

Johnson announced in December last year that he would compete full-time in IndyCar in 2022.

The Californian scored his career best finish in Iowa race 2 where he finished the race in fifth place and this followed up from his sixth place finish in Texas at the start of the season.

Johnson has primary sponsorship from Carvana and is also sponsored by PNC Bank and hopes that he will be in a position to return to full-time IndyCar competition in 2023.