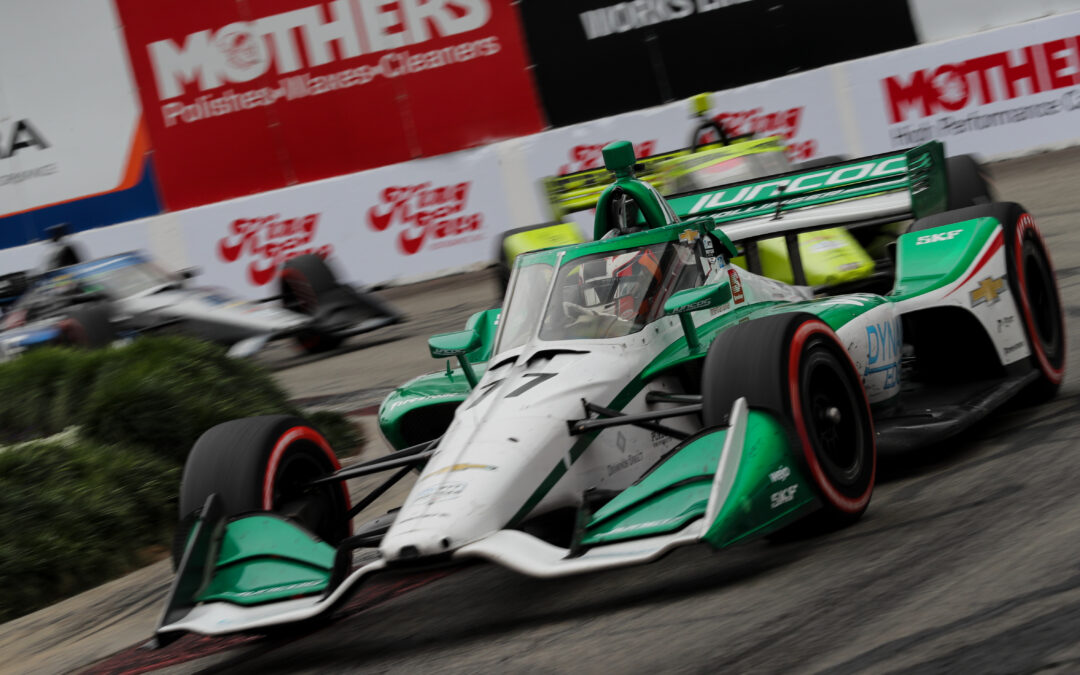 Ilott started the the race from 18th place, the best result for the team since their return to the series.

On lap 47, Ilott was forced to retire from the race due a mechanical issue and speaking following the action he commented saying:

It was unfortunate for us to end the race early due to a mechanical issue we couldn’t solve. “Otherwise, we were having a really strong race until I started to feel the issue take place. I am happy with the progress we made throughout these three weekends. Everything has been going really well and I am pleased with what we were able to accomplish in a short time. It was unfortunate to finish our final of three races this way, but we will look forward to the off-season and begin our work for our 2022 run”.

Over the past three weekends we have accomplished many things as a team. We knew coming into these races we were up against a lot, but we wanted this time to work on preparing for the 2022 season. Callum has done an excellent job since he first went on track with us at the beginning of the month. He is very fast and has incredible feedback that has helped us get better each session. I am really looking forward to building this program over the next few months as we prepare for our first full-time run since joining the NTT INDYCAR SERIES.”

Today we experienced racing’s highs and lows. We had a good start to the race and had a really good pace going into the first round of pit stops. However, we had a slight error going into the turn and that resulted in a spin that set us back fairly meaningfully as the car stalled. From there, we were on a back foot for the rest of the race until we experienced a mechanical error that caused us to have to retire”.
The last three races this year were to prepare us for next season. We have now developed a solid baseline performance-wise and we will be ready to go for 2022. I feel really pleased about the results we have so far, and I feel going into next year things look promising. We will be ready in an organizational sense as well as have the resources we need to propel us forward into the 2022 season. Callum has demonstrated he is very quick and is a skilled communicator as a driver. He continues to prove that he is a legitimate driver and a team player as well as a gentleman on and off the track”.

Callum Ilott will make his full-time debut in the NTT IndyCar Series in February at the 2022 season-opening Firestone Grand Prix of St Petersburg.