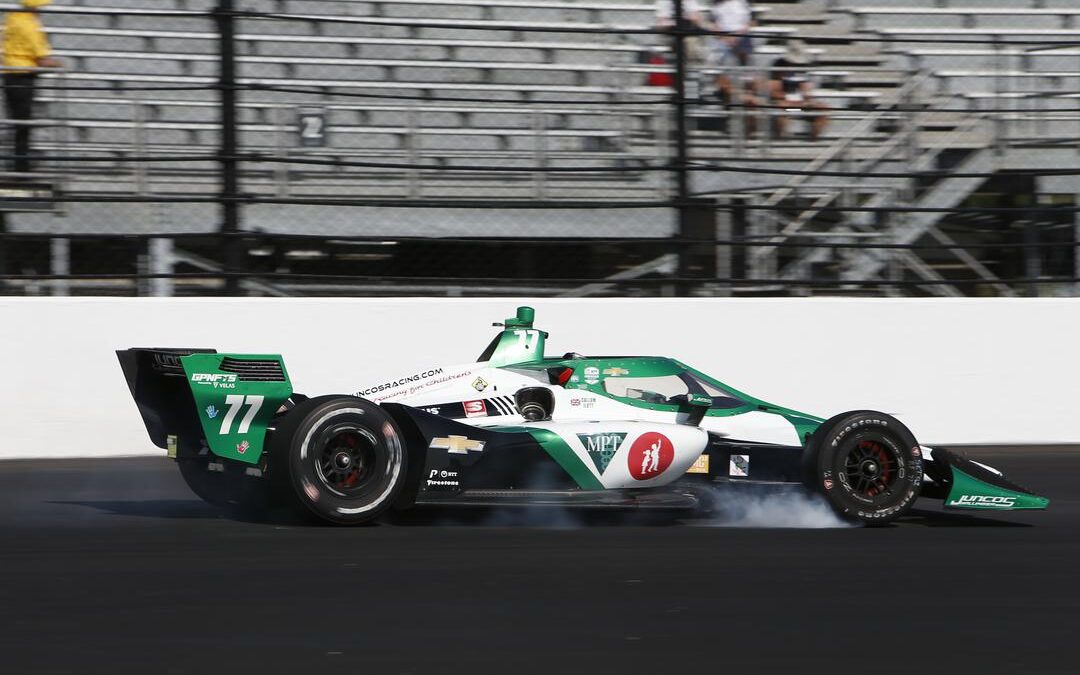 Juncos Hollinger Racing have shown this weekend at the Indianapolis Motor Speedway that they are not just in the NTT IndyCar Series to make up the numbers.

The single-car team has been extremely quick with their driver Callum Ilott who secured his career-best start position for today’s GMR Grand Prix of Indianapolis on the Indianapolis Motor Speedway road course as the English driver rolls off from P7 ahead of the likes of Rahal Letterman Lanigan Racing’s Jack Harvey and Graham Rahal.

In this morning’s warm-up session, Ilott set the fastest time which he held until the final moments of track activity ending up with a time of 01:11.1970s just behind Chip Ganassi Racing’s Marcus Ericsson.

JHR is certainly benefiting from its technical partnership with Carlin Racing which is not involved in the NTT IndyCar Series this season.

It is great to see Ilott doing so well for the single-car team who of course famously bumped Fernando Alonso from the field of the Indianapolis 500 in 2019.

It is going to be interesting to see what the team can do from P7 on the grid. Speaking following qualifying on Friday, Ilott commented saying:

I knew it was going to be close, so it’s a bit of a shame but overall that was a much more rewarding run. I tried everything. We made a mega effort. I just drive at the end of the day, and that’s what I’m paid to do. Where we’ve come from, it’s more about putting it together and building the team together. It’s the small differences in getting it right. We’ve got a good road-course guys. These guys put together a mega effort to make it happen but there’s still a lot more to come. I think we’ve only just started the development. Hopefully we can do a bit more later on