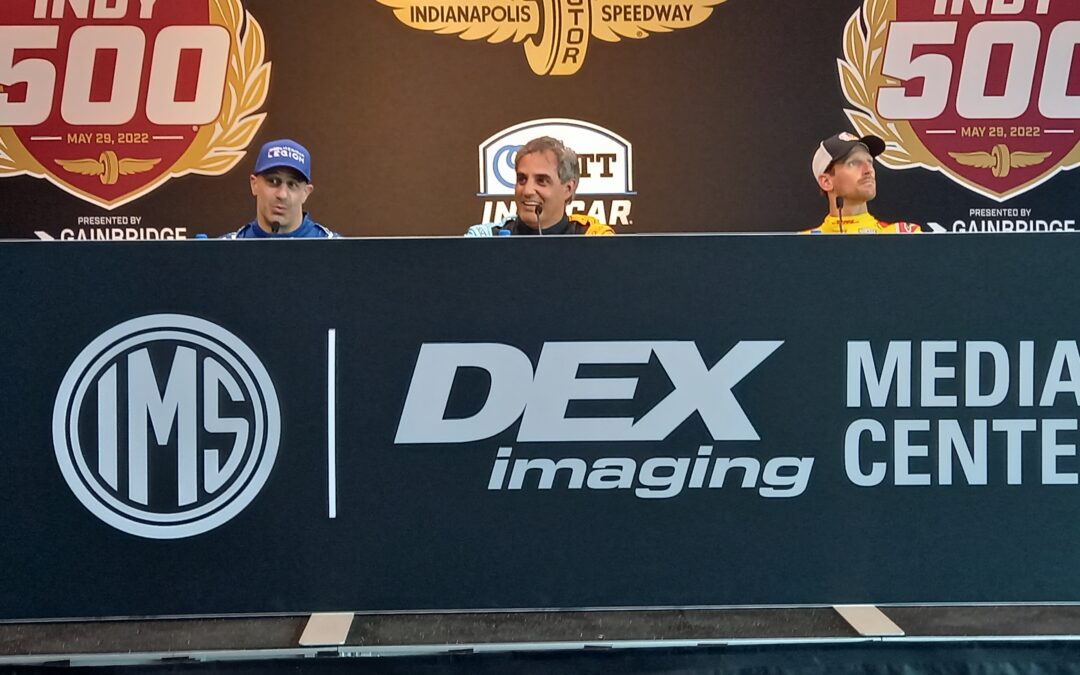 Chip Ganassi Racing’s Tony Kanaan in the No.1 American Legion Honda led a team 1-2 in Carb Day practice at the Indianapolis Motor Speedway, the final practice ahead of Sunday’s 106th running of the Indianapolis 500 presented by Gainbridge.

The Brazilian who starts the race from 6th place completed 46 laps and set a fastest speed of 227.114MPH ending up just ahead of Marcus Ericsson in the No.8 Huski Chocolate Honda setting a 227.004MPH while Takuma Sato was third fastest for Dale Coyne Racing with a speed of 226.839MPH.

Conor Daly was 11th with a speed of 225.548MPH just ahead of Christian Lundgaard and speaking ahead of the race this weekend, Daly said:

We have the greatest event in the world coming up! I am very excited for it, our car is fantastic. We’ve done what we needed to do, we’ve got the right car. I feel very confident we’ll be able to move forward. We’re going to have a long day ahead of us, coming from mid-pack, but a lot of other really quick drivers are coming from mid-pack as well. Excited to get this No. 20 BitNile Chevy towards the front and join my teammates! Hopefully, we’re looking at an Ed Carpenter Racing 1-2-3 finish at the Indy 500. Who’s going to win? We don’t know, but I hope it’s me!

Scott McLaughlin was 12th fastest just ahead of defending series champion Alex Palou and Stefan Wilson who had a great session with a speed of 225.393MPH in 15th place.

Juan Pablo Montoya was 16th and speaking to Paddock Eye he said that he is looking forward to the race on Sunday. The Colombian ended the session just ahead of David Malukas who was caught up in an incident with Santino Ferrucci 225.070MPH was his speed.

Helio Castroneves was 18th just ahead of Kyle Kirkwood and Colton Herta who will have to go to his back up car for the race on Sunday after his tub was damaged as his car went upside down following a crash early in practice.

Simon Pagenaud was 21st just ahead of JR Hildebrand and Josef Newgarden. Callum Ilott was 24th just ahead of Alexander Rossi, Jack Harvey and Romain Grosjean.

Graham Rahal was 28th just ahead of Santino Ferrucci who sat out the last 20 minutes of the session for causing a crash. Devlin DeFrancesco was 30th just ahead of Ed Carpenter and Dalton Kellett while Rinus VeeKay rounded out the order in 33rd place.