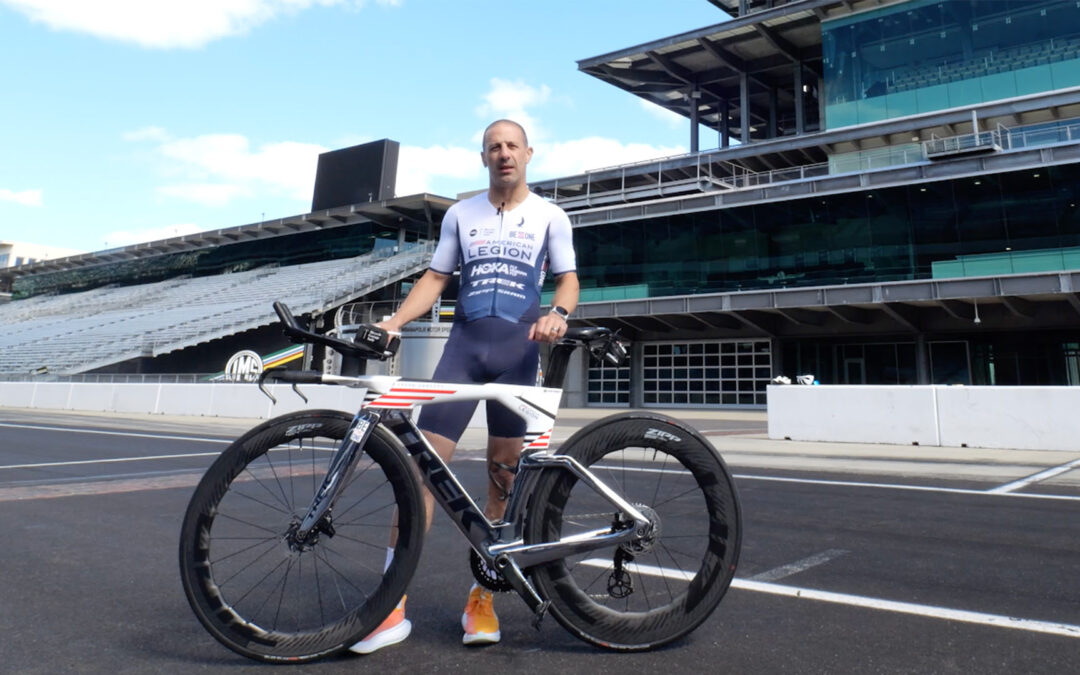 NTT IndyCar Series legend Tomy Kanaan who finished third in 106th running in the Indianaplis 500 presented by Gainbridge is heading to Hawai’i this week.

Kanaan is taking on an off-the-track challenge with the support of The American Legion, as he is off to Kailua-Kona, Hawai’i, for the Ironman World Championship from October 6-8. Kanaan will face a 2.4-mile swim, 112-mile bike ride and a 26.2-mile run. Kanaan’s bike and gear will feature The American Legion’s “Be The One” branding that is nearly identical to his Indianapolis 500 livery.

TK is continuing his promotion of the cause, reminding folks that “mental health is physical health!”