Kimilainen Takes Her First Pole Of The Season At Zandvoort 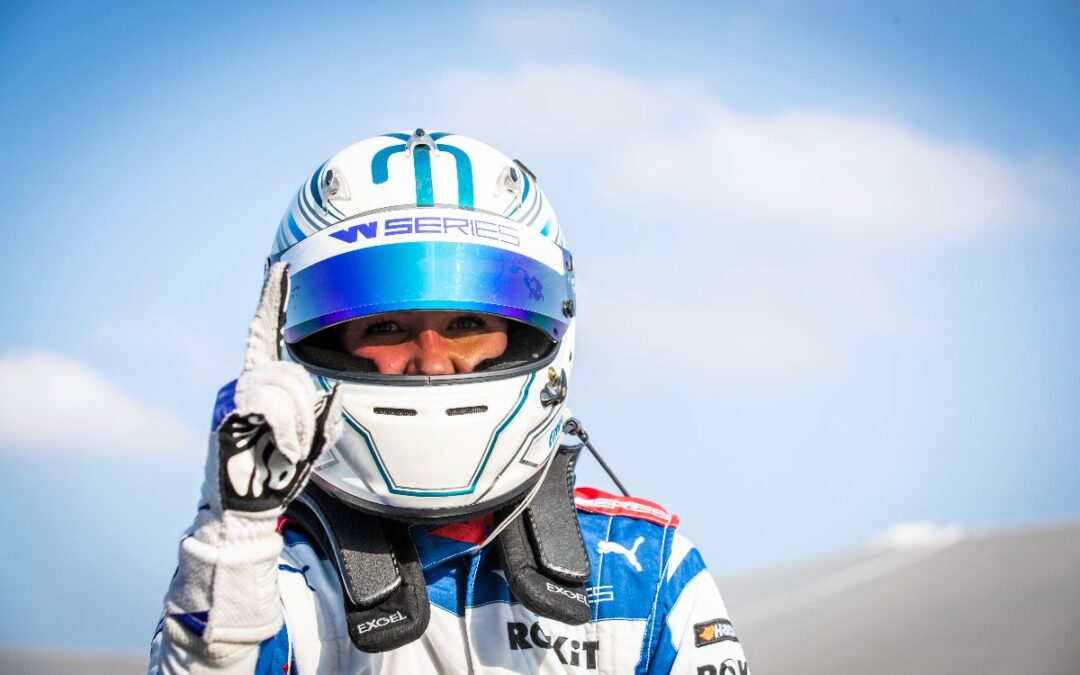 Ecurie W’s Emma Kimilainen secured her first pole position of the 2021 W Series season in Zandvoort on Friday with the Finn setting a time of 01:34.326s to start the race just ahead of Racing X’s Alice Powell and defending series champion Jamie Chadwick of Veloce Racing.

“After that pole position, I am feeling confused! It was a tight fight from the beginning to the end. My engineer didn’t say anything to me for the entire final lap and then, right at the end, he said: ‘you’ve finished P3. No, wait, you are P1! Emma, you are on pole!’ I was relieved as I felt like I had driven a good lap, pushing so hard. Unfortunately, I made a little mistake in sector three, so I felt on edge as to whether I had achieved pole. I was just waiting and hoping that I might get it.

Alice Powell commented on qualifying after setting a 01:34.400s saying:

“I’m disappointed as, of course, I would like to be on pole position and start on the cleaner side of the grid as it is pretty dusty here at Zandvoort. The degradation on the rear tyres meant that they were going off frequently. It’s going to be a tough race tomorrow. As it was an interrupted qualifying session, with drivers going off and two red flags, it will feel like a long 30-minute race tomorrow. But, overall, I am pleased to be on the front row. Zandvoort is a great track, but it’s going to be difficult to overtake tomorrow. Hopefully, I can edge in front of Emma [Kimiläinen] and keep myself in front.”

Jamie Chadwick set a time of 01:34.583s and speaking following her qualifying run she said:

“I am really frustrated because I felt the pace was there and it is more mistakes on my side. The second red flag didn’t help because I didn’t manage to get a lap in at the peak of the tyre, but it was just a couple of silly errors in the last sector. I think pole position was there for the taking. Tomorrow I need to get a good start, which is important, as I have two people close to me in the championship in front of me and I still need to score points. The track is tough, but it is a great track to be racing at and I really enjoyed it.”

“That was a stunning last lap by Emma [Kimiläinen] to steal pole position away. It was a great effort by Jamie [Chadwick] and Alice [Powell], as normal, and it was also good to see Nerea [Martí] up there. It was a pretty good session, but it is a track that can bite you, as we saw, so tomorrow is going to be really interesting. Emma did a really good job and it looked like it was just about getting the tyres turned on at the right time, so she absolutely nailed it right at the end there. She had a mechanical failure this morning and lost track time as we couldn’t fix the issue in the pit lane, but she has more than made up for it this afternoon.”