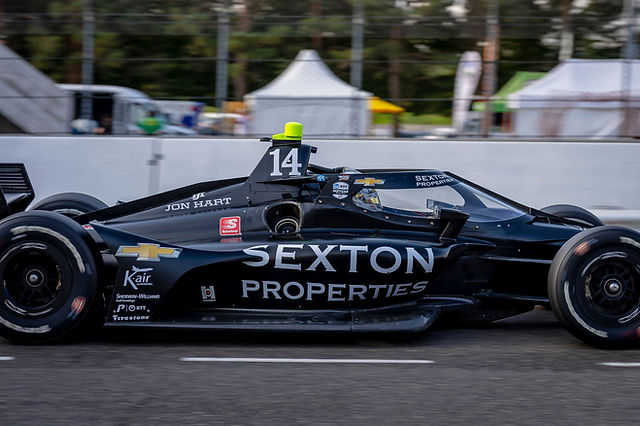 Kyle Kirkwood in the No.14 Sexton Properties Chevrolet was left disappointed following qualifying for today’s Grand Prix of Portland as he just missed out on a place in the Firestone Fast 12.

The Florida native will roll off from P13 after setting a time of 58.4865s and speaking following the action he said:

So close to getting into the Fast 12!” “Seven hundredths of a second between me and Graham (Rahal) and Colton (Herta) barely bumped us out there at the end. Overall, we’ve been solid all weekend long. We were fortunate enough to have a test last week and I think some of the pace that we found there has transferred to this weekend and we’re quite happy with the car. I think we’re actually better in warmer conditions but it was cold this morning and through qualifying, which I think actually hurts us. As it gets warmer this afternoon and then warmer tomorrow for the race, I think we’ll actually get quite a bit better than what we were showing this morning.”

Dalton Kellett in the No.4 K Line Insulators USAChevrolet starts the race from 25th place with a time of 59.0082s.

We definitely tightened the gap up from where we were in practice this morning to the field,” “We found some good time in qualifying but it wasn’t really enough. We’ll have our work cut out for us in the race. We’ve been making steady improvements through the weekend so we’re going to carry that into the warmup this afternoon and into the race tomorrow.”