Larson To Stay With Hendrick Motorosports Until The End Of 2026 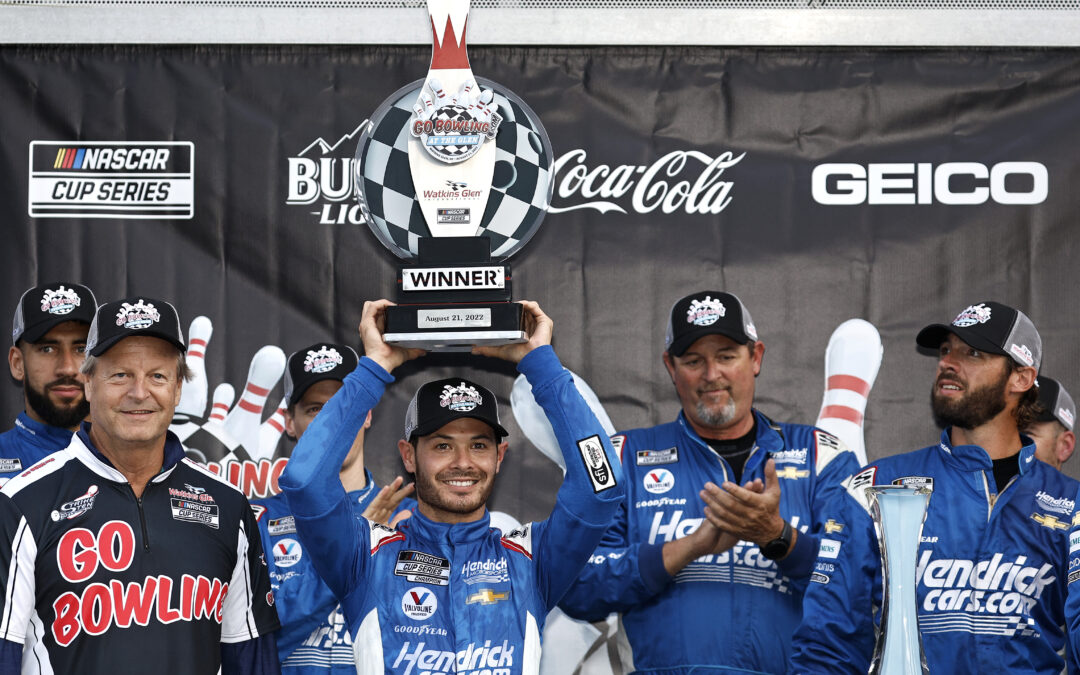 Defending NASCAR Cup Series champion Kyle Larson will remain with Hendrick Motorosports until the end of the 2026 season, the team confirmed on Friday.

HendrickCars will remain as primary sponsor to the No.5 Chevrolet Camaro ZL1.

When Kyle joined our team, the expectations were sky high from both inside and outside the organization. To say he’s exceeded them would be an understatement. “Not only has Kyle proven himself as a champion driver, he’s performed at a championship level outside of the race car. We’re proud to continue our relationship and to see him represent our team and our brands in such positive ways. The years to come are very bright.”

In his first year with Hendrick Motorsports in 2021, Larson delivered one of the most memorable performances in NASCAR history, winning 10 points-paying races that included a walk-off victory in the season finale to clinch his first Cup Series championship. The 30-year-old native of Elk Grove, California, has turned in another stellar effort thus far in 2022 with two victories and his second consecutive playoff appearance with crew chief Cliff Daniels. Larson is also a prolific dirt racer who competes in a range of cars and series outside of NASCAR.

I can’t explain how much this opportunity means. “The chance to compete for the top team and best sponsors in racing is something every driver dreams about. I’m humbled to have incredible people in my corner and amazing support from so many fans. Thanks to everyone at Hendrick Motorsports and Hendrick Automotive Group for believing in me, Cliff and our team. Even though we’ve done some great things so far, I truly believe our best is ahead of us.

Our partnership with Hendrick Motorsports continues to deliver impactful results for our company. “It’s a key part of our efforts to establish HendrickCars.com as a national brand while delivering business opportunities for our dealership locations throughout the country. We’ve been able to recruit talented people to the organization, support our teammates with unique incentive and engagement programs, amplify our community support programs and expose the NASCAR fan to our dealership locations nationwide. We followed the data, and the decision to extend our relationship with Hendrick Motorsports was easy to make