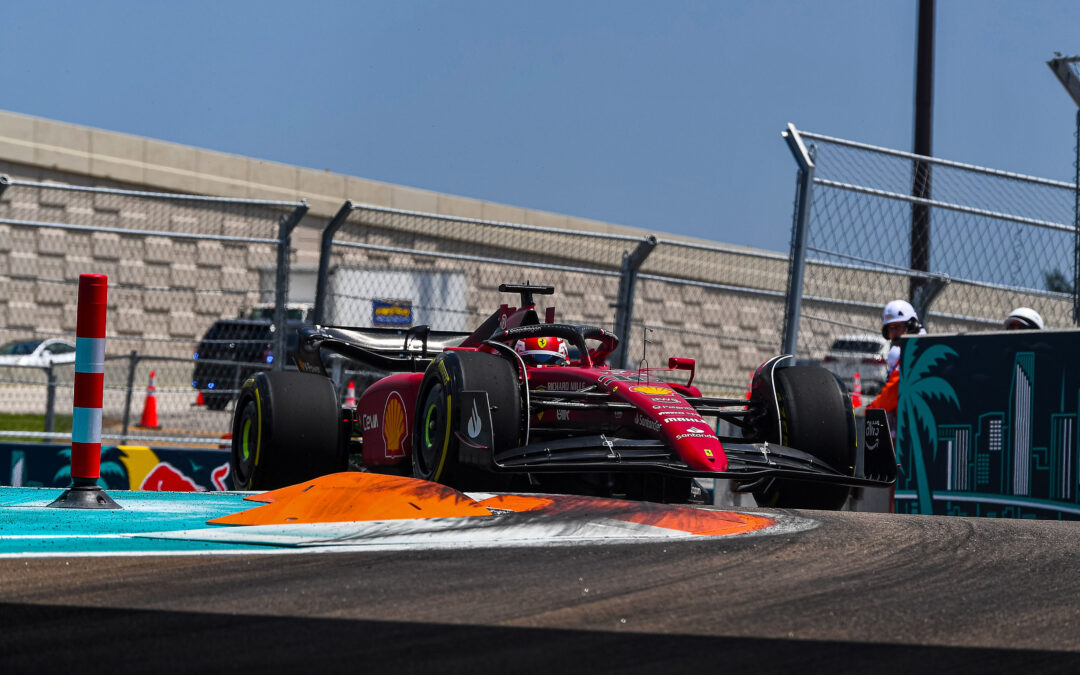 Carlos Sainz was sixth fastest despite suffering a puncture late in the session, it was a great session for Williams Racing’s Alex Albon who was seventh, 0.756s behind Leclerc. Lewis Hamilton was eighth fastest just ahead of the Haas F1 Team’s Kevin Magnussen. McLaren Racing’s Daniel Ricciardo rounded out the top ten.

Lando Norris was eleventh in the second McLaren just ahead of Alpine’s Fernando Alonso while Alfa Romeo F1 Team’s Guanye Zhou was 13th fastest just ahead of Sebastian Vettel and Esteban Ocon.

Lance Stroll in the second Cognizant Aramco Aston Martin Formula One Team car was 16th just ahead of Valtteri Bottas who crashed at Turn 7 so the Alfa Romeo F1 Team will have a lot of work to do to get the Finn on track for the second practice session later today.

Yuki Tsunoda was 18th just ahead of Mick Schumacher while Nicholas Latifi who rounded out the order in 20th place.