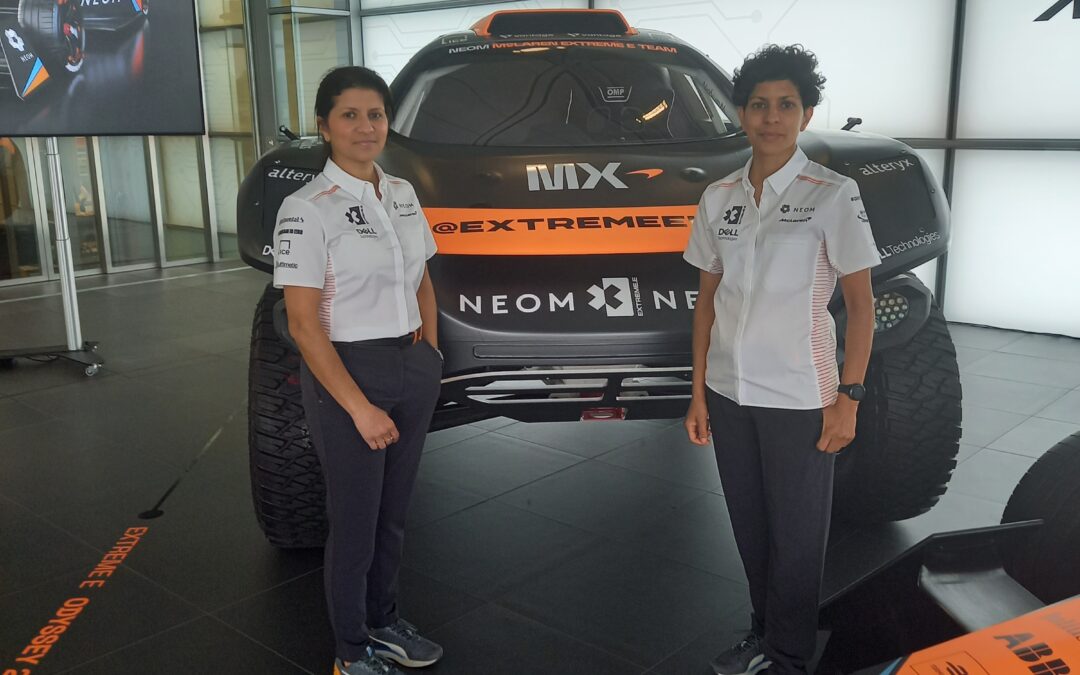 McLaren Racing engineering sisters Leena and Teena Gade say that they are excited about their new positions with the McLaren Racing XE team.

Speaking to Paddock Eye during a launch event at the McLaren Technology Centre they said that they work well together and there is no such thing as sibling rivalry when it comes to McLaren.

Leena joins McLaren after spells in the World Endurance Championship and worked with Arrow McLaren SP in IndyCar while Teena comes to McLaren from a rallying background.

The pair were joined at the event by one half of the Extreme E team, Emma Gilmore.