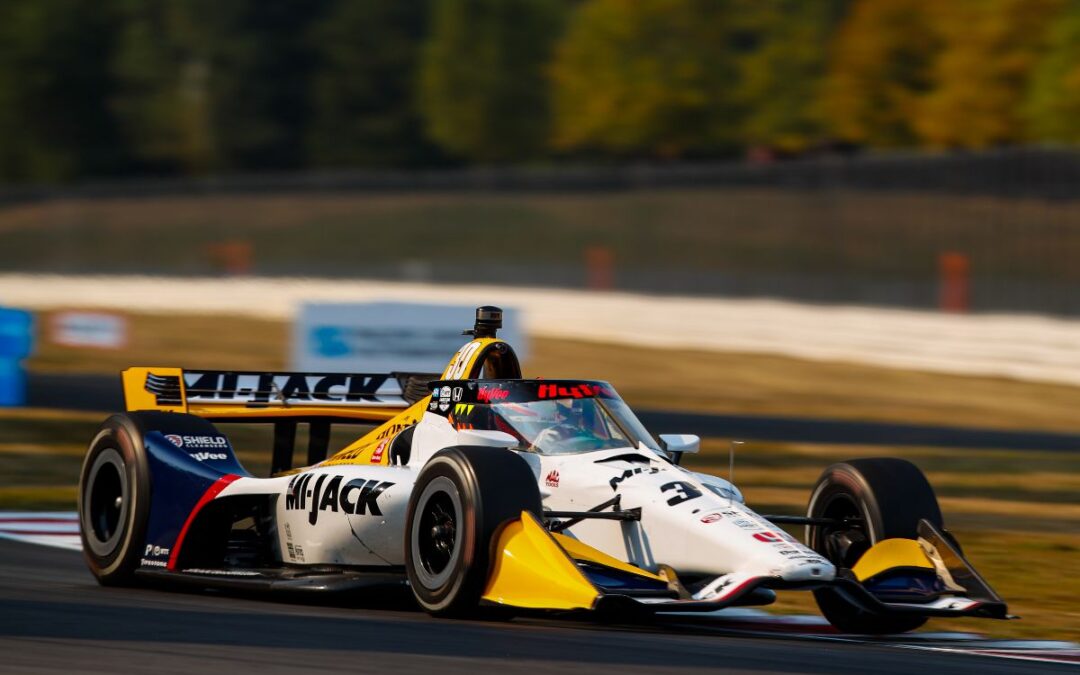 Christian Lundgaard in the No.30 MiJack Rahal Letterman Lanigan Racing Honda starts Sunday’s Portland Grand Prix at Portland International Raceway from third place on the grid after Josef Newgarden was given a six-place grid penalty and as a result, Lundgaard moves to P3. Speaking following the action where he set a time of 58.4482s he said:

We qualified fourth but will start third since Josef (Newgarden) got a grid penalty. We‘re in a pretty good place. It’s good to be the best of the rest, I would say. The Penske cars have been strong all weekend; they’ve been setting the pace for sure. Being up there in the mix is good. I was looking at a 58.2 at the end there but ran wide at the exit of Turn 7 onto the back straight and kind of dipped the left side tires into the dirt and bottomed out so I lost some time there. I think the pace is the car but I didn’t quite execute. But still P3 on the grid is not a bad thing at all. We’ll go for it tomorrow.

Graham Rahal in the No.15 Total Quartz Honda starts the race from P11 with a time of 58.4475s and speaking following the action he commented saying:

We were P11 in qualifying and its pretty frustrating to be honest. We’ve been fighting a little bit of imbalance and it just kind of showed its head there. In Turn 7, I was terrible all qualifying.  I could not get the car to turn. I don’t think I hit an apex once in Turn 7 the whole time. On the last run, I was up a little bit, which would have been enough to make the top-six and just got into Turn 7 and the car went dead straight. Unfortunately, I think the changes we made for qualifying just tipped it over. We were able to squeak through in Round 1 but in Round 2, it all kind of caught up with us. I’m frustrated for sure. I expect a lot better around here than what we just had but we’ll go back to our conventional car that we ran here last year and just go race from here and try to get the Quartz Motor Oil car up front.

Jack Harvey in the No.45 Hy-Vee Honda starts the race from P17 with a time 58.5332s and speaking following the action he commented saying:

It was close to transferring (to Round 2) and I’ve said it all weekend. All the little things add up in Portland and I think we just missed transferring by about a tenth but it was also three positions in between us there so that was disappointing. We just didn’t quite have the speed I guess. One thing we’re ooking at now is going to Christian and the 30 car’s setup because clearly that was competitive. We’re going to try to have a good warmup and have a good race.