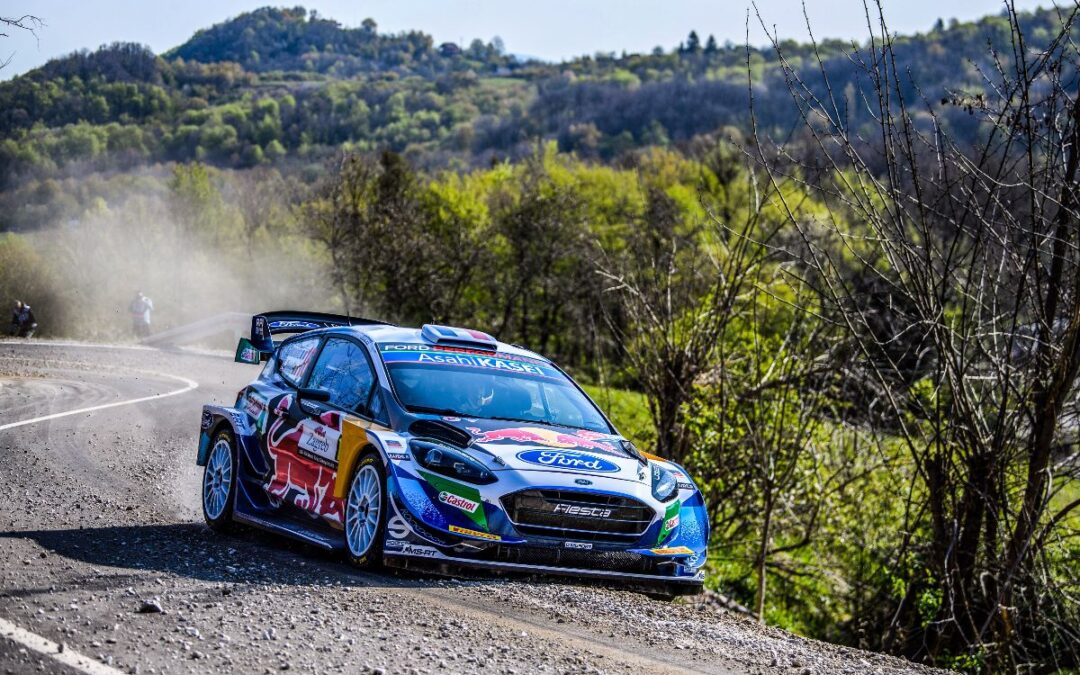 The FIA World Rally Championship heads to Greece this weekend for the Acropolis Rally and with it the M-Sport Ford WRC Team duo of Gus Greensmith and Adrien Fourmaux will tackle the event for the first time.

Gus Greensmith’s co-driver, Ireland’s Chris Patterson has plenty of experience here so the Manchester native will not be going into the event completely blind.

Speaking ahead of the rally this weekend he said:

The Acropolis is on my list of events I want to do before I stop so it’s a rally I’ve been looking forward to for a very long time. I tend to enjoy rough rallies and I’ve done my best to prepare by watching old footage to get an idea of what it’s going to be like. I’ve also done nine days in a heat chamber in anticipation of the very high temperatures although the forecast is now for 30 degrees centigrade rather than 40, which is still warm but nothing out of the normal.

“If we compare the Acropolis to Turkey, we’ve seen that everyone is flat out all the way through. It means you have to commit in the rough stuff but also show a degree of mechanical sympathy because the bedrock will be hard for the suspension and the tyres. Usually when it’s rough anything can happen so it’s an exciting situation to be in.

“There are a lot of single-use stages, which means it won’t be as rough as it has been in previous years because you don’t have the second pass and we’ll have a good road position. Friday should therefore be a very good day for us and I plan to maximise the opportunities. We’ve got a good car for rough conditions and I feel we can have a very strong rally.”

The M-Sport Ford WRC Team has plenty of success here with WRC legend, Colin Mcrae having taken victory here from 2000-2002.

Adrien Fourmaux is looking forward to the rally this weekend saying:

Like most of the time, it’s a new rally for me but I do remember playing it on PlayStation when I was younger! Some drivers have some experience, but it was eight years ago and the cars have changed a lot since then. I’m just trying to prepare as I do for the other rallies, working on the videos and my physical and mental training. We had an issue on the last rally in Belgium, so we want to go back to our positive attitude from the beginning of the season and keep taking the experience.

“The Acropolis is in the WRC next year, so we need to get the experience of all stages. I know it will be hot, really tough with big rocks in the middle of the road that you don’t expect. It will be a big challenge and you can expect punctures, maybe some mechanical damage.

“I will take the experience from Turkey and Safari, which can also help me with the set-up of the car. I was probably too careful with the car on the Safari on the Friday but I know more about the limits of the car on rough rallies, that it’s really, really strong. I know many things can happen on this type of event so I will do my rally, do my best and try to do some good stage times. But the most important thing is to be at the end with no issue and have a good result. It was a good rally for M-Sport in the past and hopefully it will be the same in 2021.”

It’s another new rally for Gus and Adrien but there are some advantages with new stages and very little second usage, which is unlike most WRC events. We’re expecting faster roads and smoother conditions than we’ve been used to in the past, but we won’t get a true picture until after the recce and I have no doubt the event will throw up plenty of challenges.

“We start the event with our usual game plan of doing as best as we can and hoping Gus and Adrien can maximise their experience by reaching the finish. As with every rally, Gus is targeting a top-five finish and that’s realistic. Adrien will focus first on getting himself back up to speed following his crash in Ypres before aiming for a solid finish and more kilometres.

“As a team, we’ve enjoyed plenty of success on the Acropolis over the years and we’re all looking forward to returning to Greece and to a very important event for the WRC.”