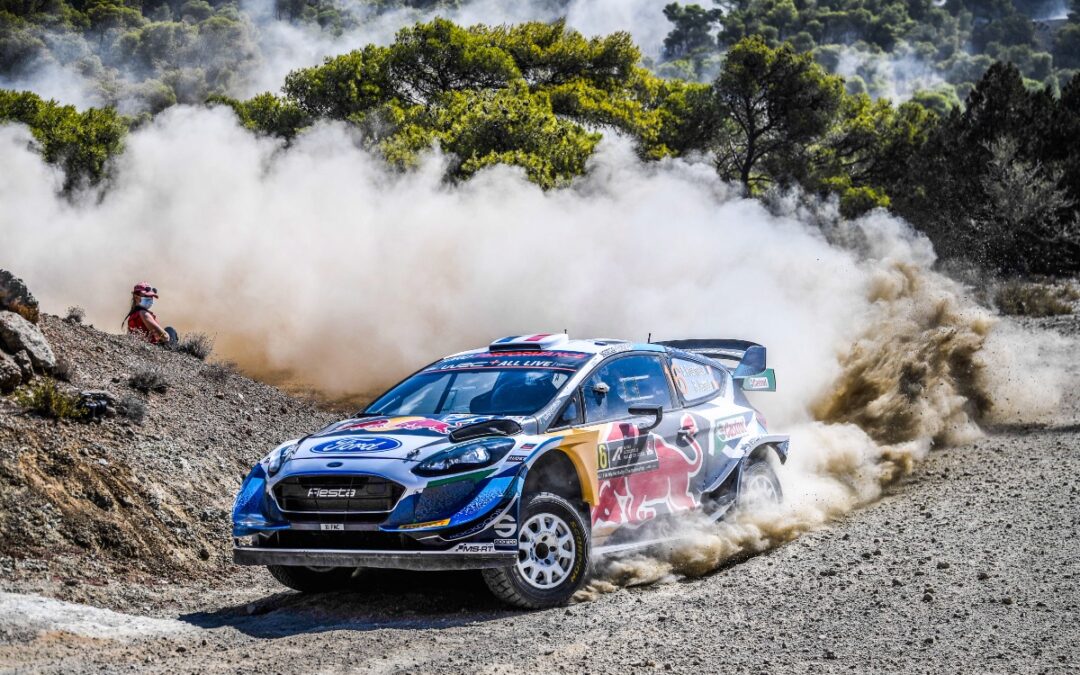 The M-Sport Ford World Rally Team head into this weekend’s penultimate event of the 2021 FIA World Rally Championship season aiming to build on a solid performance last time out in Finland and following a busy period for the team following the news last week that Craig Breen and Paul Nagle have joined the outfit to lead their challenge for 2022 onwards as the FIA World Rally Championship embarks on a new hybrid technology era in the sport. Speaking ahead of this weekend’s event in Spain, Team Principal Richard Millener commented saying:

pain this year, for the first time, is going to be all Tarmac – a new format for us all, and although we lose some of the excitement from the gravel stages it does mean that we can fully commit to getting the best out of the Fiesta WRC on the fast and smooth asphalt stages. The Fiesta has proven to be very competitive on Tarmac and I hope that both Gus and Adrien can show what the car is capable of over the course of the weekend, both having proven their speed on this surface over the course of the season.

“Due to the event being only ten days after Finland and us only having two days to re-prep the cars in the UK, it has meant we have not had a chance to have a Pre-Event Test. I still believe there is no reason why we cannot get some solid results on the Spanish roads. It will also be great to see spectators again at this fan-friendly European round of the series.

Gus Greensmith is looking forward to the rally this weekend saying:

“Spain’s a beautiful event with very smooth, fast and flowing Tarmac roads which is always a pleasure to drive in these cars. It’s something that seems to have always suited the Fiesta in the past so we know that it should be much stronger than in Finland and we’re hoping for a good result as a team.”

I am really happy to be back in Spain, I was there two years ago in the Fiesta Rally2 and have some good experience on this event. I really like this Tarmac event which is quite interesting with the lines you need for the corners. It’s quite a grippy event and my second event with Alex so we still want to improve our pace together.

“We want to have a good result, we know the car is really good on Tarmac and want to able to fight with the rest of the guys.

“Really excited for Catalunya this weekend, it is going to be really good. My circuit knowledge should help with the gravel stuff, obviously the cuts are going to be a bit of a challenge. Hopefully I get my head around them and use them to my advantage, it’s going to be exciting as my first WRC round.

“I’ve done plenty events in the Fiesta Rally2 now so I’m looking forward to a couple of days of good rallying.”